At Jurassic Park, there were two kinds of vehicles used on the island. Tour Vehicles that ran on electric power through a track in the ground used for the tour, and Staff Vehicles (Gas-Powered Jeeps), used by park staff, for getting around the park.All of the Gas-Powered Jeeps were Jeep Wrangler Sahara YJ’s.

This Jeep has just a little surface rust on a couple parts of the body but there is no rust through anywhere. The floorboards are clean, the frame is clean. This is a rare no rust YJ Wrangler.

It is a 4-cylinder 5-speed that runs strong. No smoking or knocking. It's a good driver - all of the gauges work. It has hard top, hard doors and roll-up windows. There is also afabric bimini top. The tires are maybe 40% tread. A couple of the photos make it look like the paint color is white, but it is beige; a light sand color. As best I can tell, the paint, engine and trans are original. There is no evidence of any accidents or body panel replacement, although the right rear corner of the body was resprayed because of a fewsmall dents, but it looks OK. I don't see any dents anywhere else. The paint is just tired in spots. There is a heavy-duty hitch with 2" receiver on the back that has some rust. I'm selling this for a friend who is moving out of state and doesn't have time to deal with it.

Note: The title is clear but in processat the Stateto changeownership. I will have it in 2-3 weeks. We can work out an arrangement that works for you - something like you pay a $500 deposit to hold it until I get the title. Or you can pay the full amount, take the Jeepand I'll send the title when I get it, or? If I don't get a clear title to your satisfaction, I will refund the full amount that you paid. 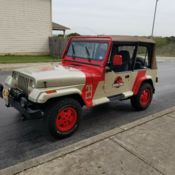 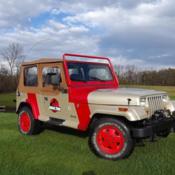 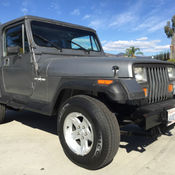 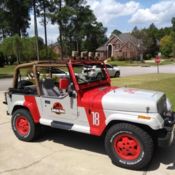 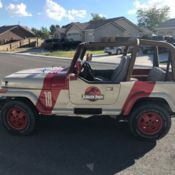 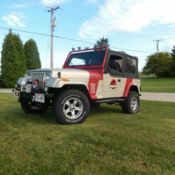 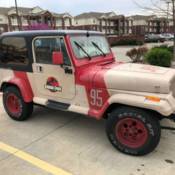 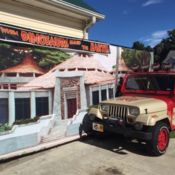 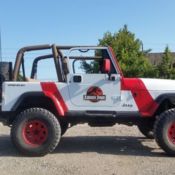 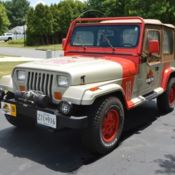