You won't find a more traditionally British car than this lovely 1994 Jaguar XJS drophead coupe. Painted high-visibility bright red, it shows just 35,706 original miles and has been a pampered toy since the day it was delivered. Look at the price, then decide whether some Old World luxury is just what you've been looking for. The XJS spent the last few years of its life evolving, with the pinnacle of that evolution being this convertible. The... car's look was still striking, and make no mistake, this is a big, impressive car in every way. The sizzling red paint isn't subtle, but then again, the guy who originally bought this gorgeous ragtop didn't really care. It comes with a shine that only comes from that magic formula they've perfected over the decades, and it still looks quite good today. Gaps are quite good, fitted by guys who understood that building a car with the leaping cat ornament was a privilege, and the drop-top does nothing to diminish the XJ-S's flowing lines. The Euro-style headlights, body-colored bumpers, and flip-up gas cap are all in excellent condition, accented by a few well-chosen chrome accents. Like the Mercedes-Benz SL models, this is one affordable A-list celebrity that will make all your neighbors think you've hit the lottery. Nobody does leather like the British, and the top-of-the-line Jaguar is filled with aromatic hides that are sinfully soft and artfully designed. The bucket seats show almost no wear, again reinforcing the fact that this car has led a very sheltered existence, and the deep pile carpets feel luxurious even if you're not wearing $1000 driving moccasins. That burled walnut on the dash is real burled walnut, and it's obvious that the Jaguar artisans went the extra mile to prove that the tactile sensations inside this car were as important as ergonomics, and perhaps more so. The gauges are simple and clearly marked, and it comes standard with just about every feature you could imagine in 1994, including climate control, power windows, cruise control, and a decent-sounding AM/FM/cassette stereo with a CD changer in the trunk. The 2+2 model obviously includes a back seat, but it's really more of a beautifully upholstered storage area unless you have little kids or friends with short legs. The multi-layer convertible top seals up as tightly as a coupe and folds with the touch of a button, stashing itself with a very British-looking stack behind the seats. Even the trunk is beautifully upholstered and will carry a surprising amount of gear despite the presence of a full-sized spare and battery. While most folks think of an antiquated V12 when they see the XJS, the engine you really want is the 4.0 liter inline-six found in this car. Several hundred pounds lighter and making 90% as much horsepower, it transforms the XJS from boulevardier to agile back-road companion. Of course, that's the whole point of a Jaguar, right? The engine is completely unmodified and has been properly serviced, and by 1994, with Ford's help, the old electrical gremlins had been permanently banished. It's backed by a quick-shifting automatic transmission and a supple yet athletic suspension that always seems to be on its toes. Powerful disc brakes live behind those handsome chrome BBS-style alloys, which wear 235/60/15 Michelin Pilot radials. I can't rightly explain why these cars are selling for tiny fractions of their original sticker prices, but the net result is that you can get an A-list European convertible for the price of something made in Korea. Call today! 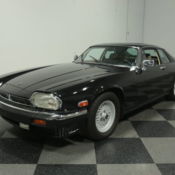 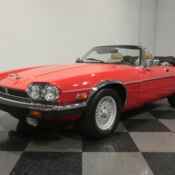 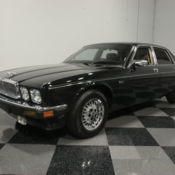 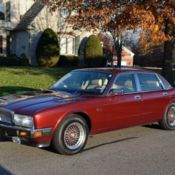 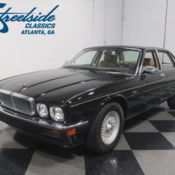 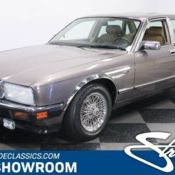 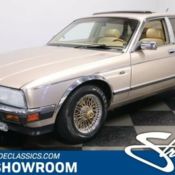 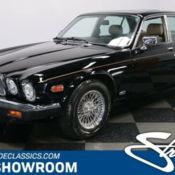 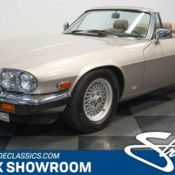 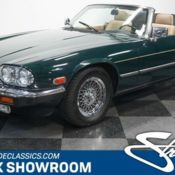