Selling at NO RESERVE
This Jaguar was found caged up on Martha's Vineyard where there are no roads that allow speeds over 40 MPH. The poor cat needed to stretch its legs! We rescued this Jaguar and have enjoyed getting it in condition to roam. During the process we ran this fine Jaguar a few thousand miles of highway and have made several improvements typical of this vintage having had as little use as this one has. It is a pleasure to drive and any car enthusiast would enjoy the feel of the V12 opening up the roadways.
Typical of the age, there were some areas that needed attention, which we have taken care of for roadworthiness and comfort:
-The Air Conditioning system was updated to the current standards with a full flush of the old R12 refrigerant and replacement with R134A. It is leak tested and has a new evaporator valve and dryer. The AC now blows cold and keeps the interior comfortable in the hot South Florida sunshine.
- The fuel system was found to be starving this big cat so the fuel tank was removed to reveal a failing fuel pump system which was brought back to life with everything in the tank replaced for longevity. The tank itself is clean and solid. The fuel filter of course replaced during the process. The fuel injection system is now running solid and the engine purrs nicely up to 100 MPH and beyond. This cat will do 140 out of the box.
- Air filters under hood were replaced and the lighting system repaired as there were some expected module failures.
- Cooling system was flushed and several hoses replaced. The engine runs under proper temperature in hot Miami traffic.
- All spark plugs, ignition wires, distributor and coils were replaced so the new owner should expect many miles of carefree driving. The engine compartment houses a fine all aluminum V12 engine that is running smoothly, idles properly and provides nice smooth power through the automatic transmission.
- The brakes were completely refurbished with new fluids, new pads front and rear, and new calipers and rotors up front. The car stops quick and smooth with no wobble or uneven feel.
- The exhaust system was removed and cleared of debris from the catalytic converters which are known to cause blockages at this age. Some pipes and components were replaced to ensure a sound leak tight system which quietly purrs as you would expect from a Jaguar.
Inside the cabin you find supple leather seating and real wood trim as you would expect in a fine Jaguar. All switches and gauges operate as expected. The entertainment system has been updated to include Bluetooth connectivity and hands free operation with Pandora, Spotify, MP3 and phone app interface. The power antenna was replaced and retracts whenever the car or radio are shut down. Cruise control and all other electronics operate as they should.
The interior has also had some other typical items addressed with a new headliner and power window motors replaced.
This model coupe gets an extreme amount of attention. There are many convertibles of this type on the roads, but the coupe has such a low and lean stance it really stands out. In Miami, a city where every intersection holds at least a Porsche and Mercedes the Jaguar is the one that sits lowest, and attracts the most attention. It is a real pleasure to drive.
Tires are Pirelli P600 high speed models with plenty of tread life. The wheels are clean and free of scrapes and dings. The paint is showing its age but there are no parking lot digs and minimal areas of concern. There is one blemish on the front valance panel where evidently a parking mis-hap has occurred. See the pictures for that detail.
There are some imperfections from wear and tear over the 25 years this car has been used. They are not significant and are visible in the photos. 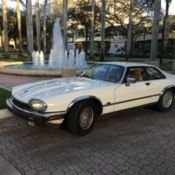 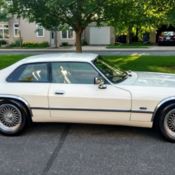 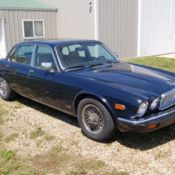 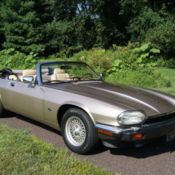 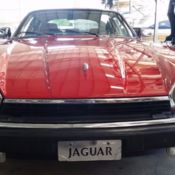 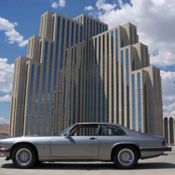 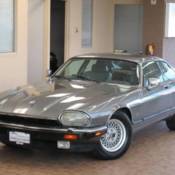 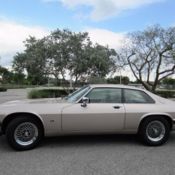 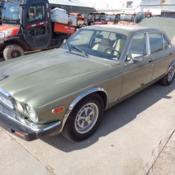 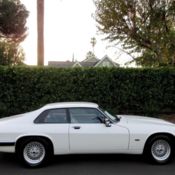