BMW had its Motorsport division. Mercedes had AMG. It stood to reason, then, that Jaguar should have its own performance division if it was to compete with the European powerhouses. In 1988, that division was launched under the name Jaguar Sport, a 50/50 joint venture between Jaguar and Tom Walkinshaw's TWR Group Limited, with the mission of developing and producing a range of modified Jaguars for the British and European markets. The signature product was this car, the Jaguar XJR-S. While available in the U.K. and Europe from 1988 to 1993, they were only sold here in the US the final year of production. Jaguar furnished only 50 coupes and also 50 convertibles which were never offered in the European or U.K. markets. Price tag was $73,000 for the coupe, $80,000 for the convertible. All 100 cars were either red or black, with a sterling silver numbered plaque made by Asprey on the dash.

While they may have had the appearance of a standard Jaguar XJS, nearly every mechanical part was unique, based around a 6.0-liter version of Jaguar's V-12, an engine which was not available in any other production Jaguar. Each car left the factory as a hand-built unit from Jaguar Sport's manufacturing facility at Bloxham, which would be unheard of had it not also been the place where Jaguar Sport built the world's fastest-at the time-production automobile, the XJ220.

Externally, the cars were modified with an aggressive body kit. A host of modifications inside included a Connolly leather interior with contrasting stitching and walnut sapwood details. The 1993 Jaguar XJR -S engine, which was rated at 318hp, was now a 6.0 liter V-12, 700cc larger than the previous 5.3-liter V-12. Compression was bumped to 11.0:1, and the engine was modified with a forged-steel crankshaft with a 78.5mm stroke and forged alloy pistons with larger combustion recessed area. The Zytec engine management system was unique to the XJR-S. A modified intake system and a low-loss true dual exhaust system was also part of the car's advanced spec. Behind the engine, XJR-S models featured a GM400 transmission with a recalibrated valve body with significantly higher shift speeds and a rear accumulator spring designed to take full advantage of the XJR-S power and torque increase. The suspension also received a full working over at TWR. Coil spring rates increased and Bilstein shocks front and rear were specially tuned for the XJR-S with ventilated discs, four-piston brake calipers and larger wheels as well. 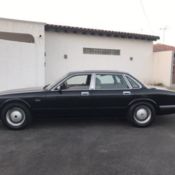 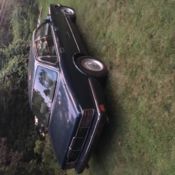 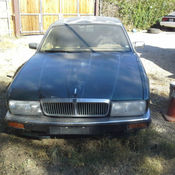 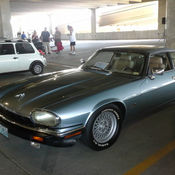 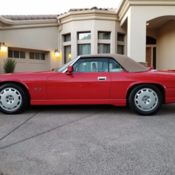 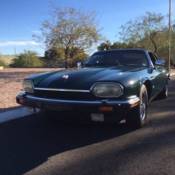 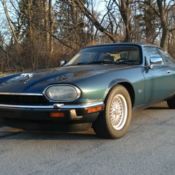 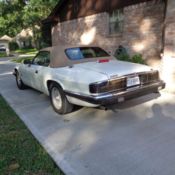 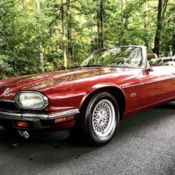 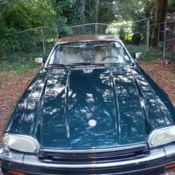