The greatest motor car of all time. The most iconic classic car ever. Sensational. Unique. Ahead of its time. Take your pick. Every description is fair. The Jaguar E-type is still lauded decades since its launch at 4.30pm at the Parc Des Eaux Vives in Geneva on 15 March 1961.The E-type stunned the world with its futuristic and curvaceous styling, its advanced mechanical specifications and real world price of Â£2256. To say that the automotive press was shocked at the first sighting of the E-type Jaguar is an understatement. The Malcolm Sayer design was simply unlike any motor car ever seen - achingly beautiful but clearly also absolutely functional.The design, engineering and creation of the E-type was one of the greatest steps forward for the automotive industry in the decade. The 1960s was a time of revolution, liberation and innovation, with the E-type right there leading the changes. It's become a mobile clicheÌ of the Swinging Sixties; Mike Myers' 'Shaguar' E-type in the Austin Powers movies was supposedly inspired by '60s heart-throb Simon Dee driving away with the blonde in the E-type at the end of his TV chat show, Dee Time.Real-life celebrity owners such as footballer George Best ('I spent a lot of money on booze, birds and fast cars. The rest I just squandered...') gave the E-type a louche, caddish image that was probably the last thing Sir William Lyons intended and yet was ironically in keeping with Jaguar's well-established reputation as 'the Bentley of Wardour Street' - a thoroughfare in the heart of London's Soho that in the 1950s was a synonym for sleaze and vulgarity.Which brings us to the crux of the matter, This car is a barn find. It was discovered in Healdsburg California at an estate sale in 1996. It had one owner at that time. The car was transported to Cosmo imports in LA for a full restoration. This included frame off restoration, paint,motor and transmission rebuilt, new brakes and calipers, carpe, seats 20 years ago. the car is in great shape for the year and looking for a new home. This car is rare because it is a 71.5 MFG year and it has the most desirable factor, manual shift,
Performance and specs 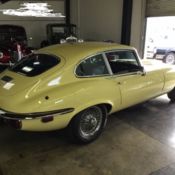 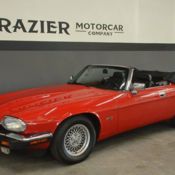 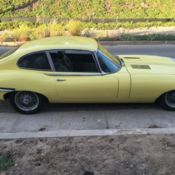 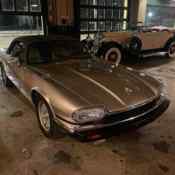 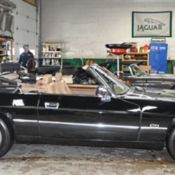 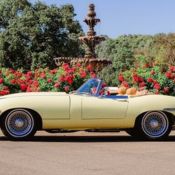 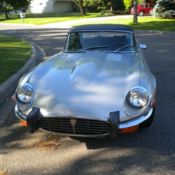 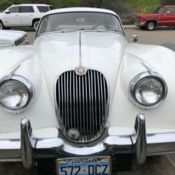 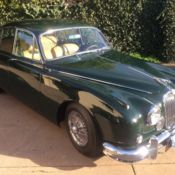 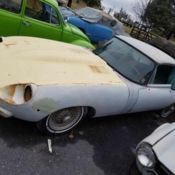