This is a rare, 50 yr old, top of the line, Jaguar. I used this car regularly for a couple years, did a parade lap at Daytona Turkey Rod Run, Daytona Gaslite Parade, was filmed for "How we invented the World", t.v show. It's been sitting for a while. Tanks are clean and have fresh gas. Usually starts first try. It's running rough, and the brake pedal is now, a little mushy. There is some rust in the driver footwell and the spare tire well, in the trunk. The clear coat is peeling off the top of the dash, the rest of the wood is like new, expertly refinished, before I got the car. I had added the large 'euro' style headlites, and the XJ6 wheels. Original wheels go with it. I had also rebuilt the carb's, and 'Eastwooded' the fueltanks when I first got it. I also had switched the cam covers, and had all of the aluminum polished. The paint is old, dull and oxidized. I have all the chrome trim for the windshields. It has the rare tri carb, triple S. U.'s, version of the jag engine. It has power antenna, power windows, power steering, a/c and automatic trans. It is #502 of 1125 l.h.d.'s produced. 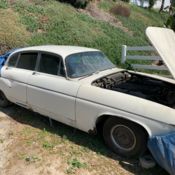 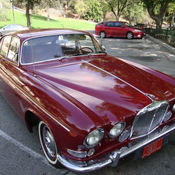 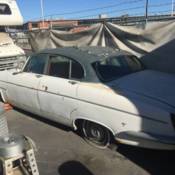 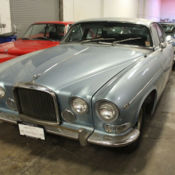 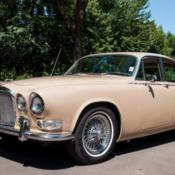 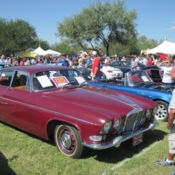 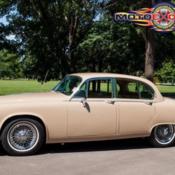 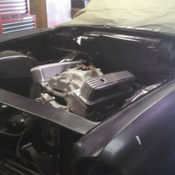 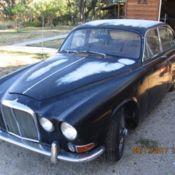 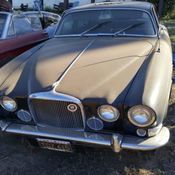