1967 Jaguar E-Type Series 1 Fixed head coupe
This uncommon example of Jaguars finest E-type has undergone a complete restoration by The Creative Workshop in Dania Beach Florida in 2005 and has traveled less than 6,000 miles since spending the rest of the time in climatecontrolled storage. Restorationdocumentationavailablefor review at The Creative Workshop. (it is to cumbersome to send or post)Maintenanceis up to date and non-ethanol fuel is usedexclusively.
Vehicle has been documented by the Jaguar Daimler Heritage Trust and carries certificate # 25577
It is a fully numbers matching vehicle
Chassis#1E 34145Engine#7E 11953-9Body#4E 25651Gear Box#EJ 12721
Two departures from perfect originality are the change of Livery from Silver and Light Blue to it's current Dark Blue with Red leather although not original to the vehicle it is correct for a 1967 E-Type. It has also had an A/C system added but does not detract from the vehicle as the components used and the installation is factory quality, it also makes the car much more usable andenjoyablein it's current climate.
The current road wheels are a +1 wheel and tire package with Dayton Wires and Pirelli tires; included with the sale are theoriginalwires and period correct Dunlop tires, tool roll & jack.
The pictures are worth more words than I could possibly type, please reviewthoroughly I'm happy to answer any question and provide additional pictures as needed.
Just a quick word about Series 1 cars and covered head lights:
Less widely known, right at the end of Series 1 production, but prior to the transitional "Series 1½" referred to below, a small number of Series 1 cars were produced, with open headlights. These series one cars had their headlights modified by removing the covers and altering the scoops they sit in, but these Series 1 headlights differ in several respects from those later used in the Series 1½ (or 1.5), the main being they are shorter at 143mm from the Series 1½ at 160mm .]Production dates on these machines vary but in right hand drive form production has been verified as late as March 1968.Exact production numbers of these later Series 1 open headlight cars are not precisely known. They are not "rare" in the sense of the build of the twelve lightweights, but they are certainly uncommon; they were not produced until January 1967, and their production ended that same summer, with the Series 1.5 production beginning in August 1967 as model year 1968 models.These calendar year/model year Series 1 E-Type 's are identical to other 4.2 litre Series 1 examples in every respect except for the open headlights; all other component areas, including the exterior, the interior, and the engine compartment are the same, with the same three SU carburetors, polished aluminum cam covers, center dash toggle switches, etc.
Car is currently stored near the Fort Lauderdale Hollywood Airport (FLL) I'm happy to helpcoordinate shipping. Please contact Jon directly at 954-920-3303 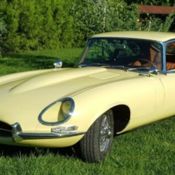 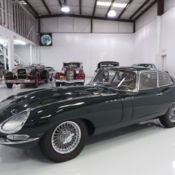 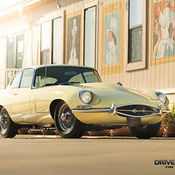 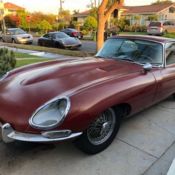 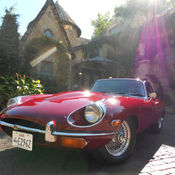 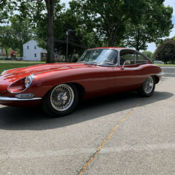 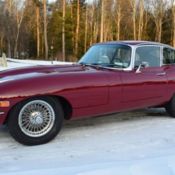 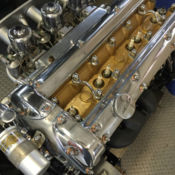 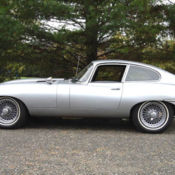 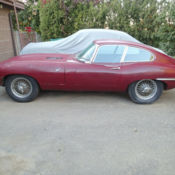