Vehicle Overview 1973 Jaguar E-Type Series III Roadster
Chassis No. UD 1S 23052
Engine No. 751194 LA
Body No. 4S 5003
Recent Garage Find from over 30 Years of Ownership
Late-Production Roadster in Rare and Elegant Colors
Numbers-Matching as per Jaguar Heritage Trust Certificate
Equipped with A/C, anual Transmission, L Radio & Wire Wheels Introduced in 1961, he E-Type roadster proved to be an immediate success. Designed under the guidance of Sir William Lyons, he car was a longer and lower version of Jaguar's D-Type. Manufactured between 1961 and 1975, ts combination of good looks, igh performance, nd competitive pricing established the marquee as an icon of 1960s motoring. On its release Enzo Ferrari called it "The most beautiful car ever made".
UD1S23052 was built on June18, 973 and dispatched on the 30th of August, estined for the U.S. market wearing Azure Blue paint over French Blue leather upholstery and black convertible top. The Jaguar was acquired by the previous owner in early 1983. It would later receive a cosmetic freshening in the 1980's before it was permanently parked in garage static storage in 1990/91.
With a little TLC, t appears the car could easily be revived with a good detailing and full mechanical service. All body panels and brightwork are consistent while the underside lacks signs of any major structural corrosion. The cabin's upholstery remains in excellent shape, ith all of the desired equipment including factory air conditioning, -speed manual transmission, ritish Leyland radio and period AMCO rubber mats. Jaguar Heritage Trust verifies its original numbers-matching V12 engine, hich moves freely, lthough proper precautions by its next caretaker will need to be made before it's first starting.
The SIII Roadster is often considered the best driving and the most refined models of the series. Ideally optioned with manual transmission, /c, reat colors and wire wheels - here is an excellent option for those seeking an affordable entry into E-type ownership.
NOTE: THIS VEHICLE IS NOT CURRENTLY RUNNING AND DRIVING, T IS BEING OFFERED AS-IS WHERE-IS AFTER DECADES OF STORAGE. $67,500.00
Offers Welcomed
Full Resolution Photos: 1973 Jaguar E-Type Series III Roadster
To learn more about this vehicle, lease contact our sales department at (281) 497-1000 orsales@driversource.com

SELLING YOUR CAR?
Our Philosophy is Selling Made Simple! We Are A Leading Buyer of Fine Motorcars since 2005.We Purchase Classic European Sport Cars - One Vehicle or Entire Collections 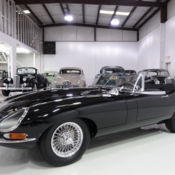 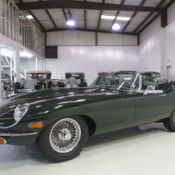 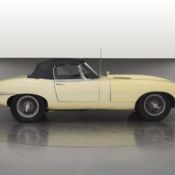 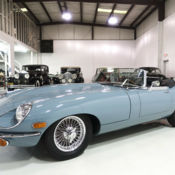 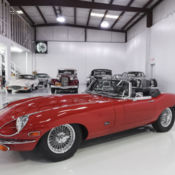 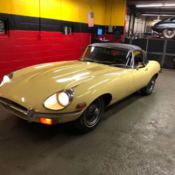 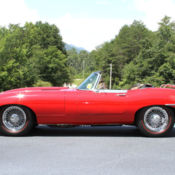 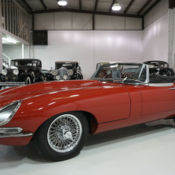 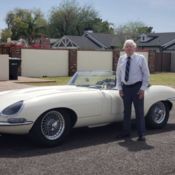 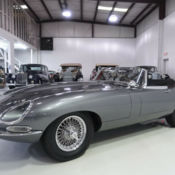