I've owned this pickup since 1973; my dad owned it but said I could have it if I fixed the broken rear axle which I did. The pickup transported me around our farm for years. It has about 61,000 actual miles on it; had a valve job in the late 70's or early 80's, nd I think the brakes were new. I had some left over white paint and repainted in the same era from the original IH red. Front bumper is missing. Has the Siver Diamond 220 6. This one was a bit unusual as it had a 'positraction' rear end (there's a plate on the dash), nd a 4 speed tranny. The bottom seat isn't original, ut other wise everything is. It has only sandable surface faded-paint sort of rust - no cancer or anything like that (we don't get much of that in Montana). It was parked where it sits now in the late 80's when my dad retired and I was working overseas; he drove it the last 55 miles and and said it ran like a clock. I've kept it all these years but I'm still overseas and I'd rather someone buy it before something bad happens to it sitting behind the barn. Still a solid old truck and even though it hasn't run for a while, 'm sure it would start right up. 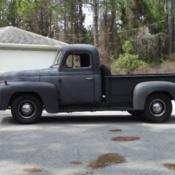 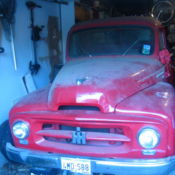 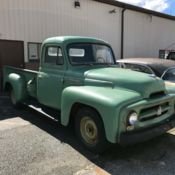 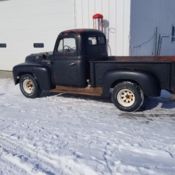 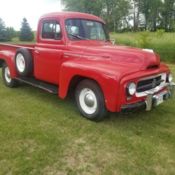 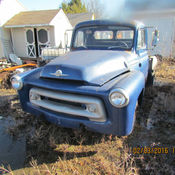 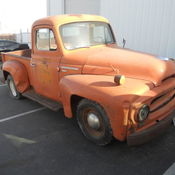 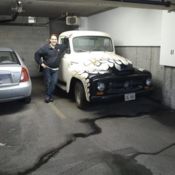 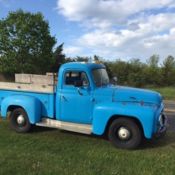 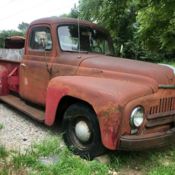