Just in time for your Fall hayrides and pumpkin patch visits is this very nice 1946 International K5 stake bed truck. I've owned this for almost 20 years and I know it inside and out and front to rear. I'm only the second owner as I bought it at a farm estate sale from the original owner in central Minnesota. The original owner used it as a farm truck on his small farm for many, many years and it was always stored inside and only used in the spring and fall. The truck was originally built and sold as a dump truck and it still has it's Heil hoist and sub-frame. At some point the front, sides and tailgate were removed from the original dump bed and 1-1/4" tongue and groove lumber was bolted down over the floor. The tailgate trip lever is still installed behind the driver's door and the original spare tire carrier is still there between the cab and the front of the bed.
The truck is about 80% original, with all of it's original cab sheetmetal. The truck was originally dark green as can be seen in the interior pictures but was re-painted red about 60 years ago, according to the original owner. The paint still has some shine left in it and I periodically buff it out to remove the chalkiness. I want to emphasize that this is NOT some clapped-out, rusted cab with paint and bondo covering everything up. There is no rust-through anywhere and just surface rust on the frame and bottom of the cab. Since the sheetmetal is still original, I chose to leave it as-is so there are some dents, dings and the cab roof has some small dents from it's life as a farm truck. The only bondo on the truck has been there since before I bought it - on the outside edge of the driver's side fender where it looks like a small dent was filled in. You can see that in the pictures.
About 15 years ago I decided to freshen up the exterior a bit by having the bumper, splash pan and running boards sandblasted and painted by the local Ford dealer's bodyshop. At the same time I had them sandblast and paint the wheels, then I had six new 7.50-20 tires, tubes and flaps installed. I also had the original hubcaps re-chromed. The 233 cubic inch Green Diamond flathead-six still runs very well, always starts, never overheats and holds about 30 psi oil pressure at 35 mph and 5-7 psi at idle. The truck is geared low (6.16 ratio) and only runs about 40 mph, but seems happiest at about 30-35 mph. These old long-stroke inline 6's don't like high rpm's and I've never pushed it beyond 40 mph.
The following is a list of what I've done to the truck since I've owned it:
My kids and I have had a lot of fun with this but they're grown now and I just don't drive it as much as I used to. I've only put about 1000 miles on it since I bought it in 2000. This is one that you can hop in and drive anytime without a lot of fussing with, just like I have since I've owned it. With just a little body work and some paint, you could have a really nice looking K5 to enjoy for many years to come.
A $500.00 non-refundable deposit is due within 24 hours of the auction close by PayPal with the balance due by certified check or cash within 7 days of auction close. The truck is currently stored inside and I am somewhat flexible and reasonable as far as vehicle pickup. If you have any questions, PLEASE ask before bidding!
I have tried to describe the vehicle to the best of my ability and am happy to answer any other questions.
Vehicle is located in Jasper, IN 47546. 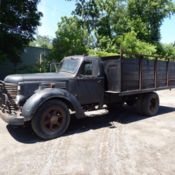 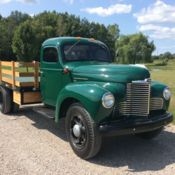 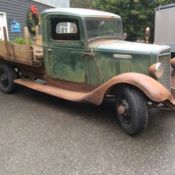 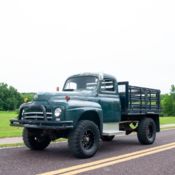 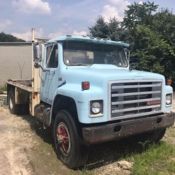 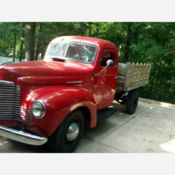 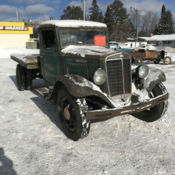 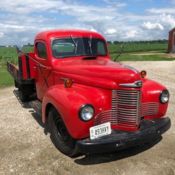 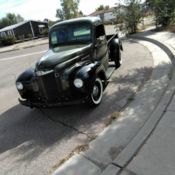 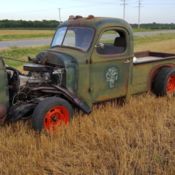