It has a rebuilt GMC 350/400 automatic combo that is in great shape. HEI ignition, aluminum intake, rebuilt 4 bbl, rebuilt power steering box, front power disc brakes, original under dash A/C which works but needs charged. Rear power window motor rebuilt and rewired with custom relays. Motor is in great condition inside/out and the transmission is freshly rebuilt with beefed torque converter and shift kit with 100 miles on it. It’s running on 20x8 and 20x10 US mags with new Yokohama tires. It has 3” de-arched leaf springs to lower the rear and since the front of these are torsion bar, it is just cranked down almost as much as possible.

It has some nice custom subtle touches. I bought a pair of original V8 international valve covers and cut the logo off the top and welded it on a pair of old Chevrolet script valve covers. I also cut apart an original international oil bath air cleaner and put a dry element in it. Then painted the aluminum intake and valve covers international red with white script. A lot of time went into these just to try to make people look twice when the hood is open.

The stainless was removed, straightened and polished. It has new carpet and I made custom kick panels covered in vinyl and color matched to cover the original body color steel that was there. The sill step plates were pretty bad looking so I custom bent aluminum to the exact match of the originals and polished them. You wouldn't know they weren't bought new other than if you knew they actually don't reproduce them.

I bought a new rubber and felt kit but have only gotten the drivers side completely done. Passenger side needs done. I have the new rubber and it will go with the car. It also has new taillight lenses.

I had a new windshield and seal put in as well as new rear curved glass seals installed. It does have factory green tinted glass. New deutsch-tech gas shocks as well as new tie rod ends and NOS centerlink. New tune up items include belts, hoses, plugs, wires and distributor cap. I also removed the drivers side gas tank and had it relined and put a new sending unit in it. Passenger side tank is in but not hooked up. All the gauges work including the speedometer. All lights work.

I’ve been working on this for the last three years on and off yet I’ve maybe driven it a total of 200 miles. I have a thick folder full of receipts with a lot of money and time invested.

With all that’s been done to it, It still needs some work. It really sits too low for the current torsion bar suspension to work properly. It can be raised up in the front in a matter of minutes by adjusting two bolts though. As it currently sits it’s close to the bump stops in front and rides accordingly. The heater/defrost is there but does not work as well as the wipers. Could be wiring. I have never looked into it. I have a new headliner for it, although it is not installed. I have the bows for them as well. I also will include two very rare original perfect dome lights that are very hard to find. Last, if you look at the pics you’ll see a few of the cracking in the paint. I actually painted the upper portion of the car satin white two years ago. The problem was the glasurit primer I used was apparently no good, and some of it shrunk and cracked over time. I am a certified glasurit painter and called them to see if they would warranty it, but they said they wouldn’t, as it has hot rod flatz as a topcoat over it and not glasurit base/clear. In the pictures you can see rust stains coming from behind the cracks. That is surface rust and nothing that goes through or even close! Since the headliner is out you can see from the inside as well. These are not rust bubbles.

Since the green was already patina’d from the Socal sun, I just left the upper as it just doesn’t really bother me. This thing looks killer and gets more attention than cars costing ten times as much! You can’t drive it and NOT get attention.

It would be great for a business owner as people literally stop to look at it and everyone loves it. It's not a muscle car or exotic so people don't mind giving you the thumbs up and don't hesitate to ask questions or share a story about one they've had or parents/friends/relatives had or whatever. This car just seems to make people smile. After all, it was one of the original SUV's before there were SUV's. Even John Wayne had one! They're just plain cool!

The reserve is very reasonable and less than I have invested in it. Good luck bidding and if you have any questions don’t hesitate to email or text me or call and leave a message and I will call you back. Thank you. 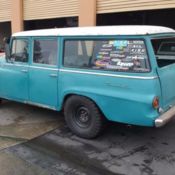 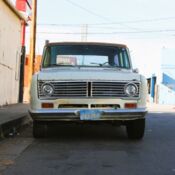 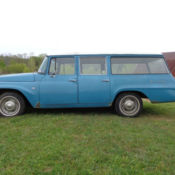 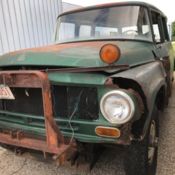 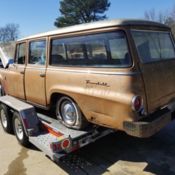 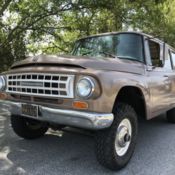 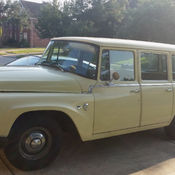 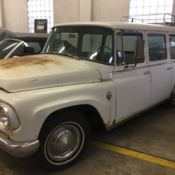 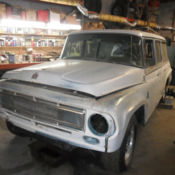 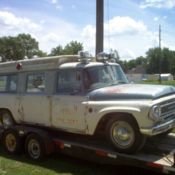