You know the saying, "they save the best for last!" So they did!
The last of the 800 series was the 800B, available for less than eight months, from August 1970 until March 1971, before it was replaced with the Scout II. Other than minor cosmetic details (primarily chrome headlight bezels instead of matte black), it was identical to the 800A. It was only produced until the Scout II was in production.
This 1971 Scout 800B is ready for you to beat the streets or take it down for a full restoration. She's about as solid as an early scout gets. There is no visible rust on this truck. It does look like the passenger floor pan had a patch put in at one time but other than that the body seems to be very solid. This truck runs and drives just fine. Itcould probably use a tune up though. It used to live in dry El Paso, TX. While it was there someone decided to take the door glass windows out and weld up the doors. So, you can not roll the windows up and down because there is no glass. But, I do have another scout that has a good set of doors on it that are complete and I will sell them very cheap($200 for the pair) if someone wants them. I also have an original bulkhead ifsomeone wants to keep it a real half cab, and I have a full top as well I would sell with it. Needless to say, I have a quite a few scout parts, if you want something just ask.
As far as the auction goes, please ask allquestions and do all inspections before the auction is over. I can be reached about any time of the day from 8 am-9 pm MST at 307-752-6033.
THANKS FOR LOOKING AND HAPPY BIDDING!!! 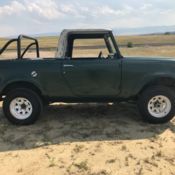 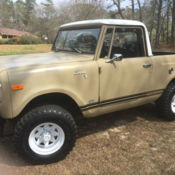 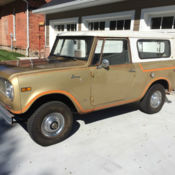 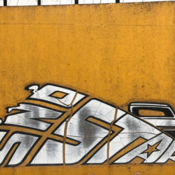 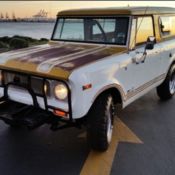 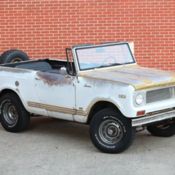 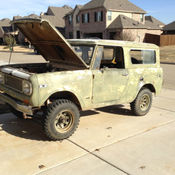 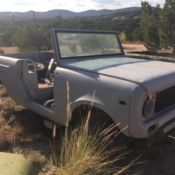 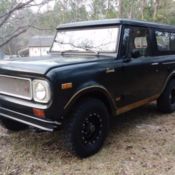 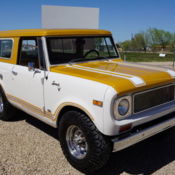