GMC's answer to the Cheyenne Super, his was the top of the line GMC. The last year of this body style. I bought this truck on Ebay in 2000 as I was returning from overseas. It has been a faithful friend that has never let me down. I bought it to tow, o it has been all over the US towing a car trailer. I recently towed a friends Crown Vic back from New Jersey on the trailer with no problem. The original owner bought to haul his slide-in camper. Since it came from California, he truck has minimal rust. It does have rust in the top of the passsenger fender, he driver's floor and the cab supports. I do have new weld-in cab supports that need to be installed. Over the years I have replaced the radiator in 2002, eplaced the fuel pump in 2015, he brake booster and master cylinder in 2009, he left exhaust manifold, ew shocks with Koni's in the rear and the brake calipers in 2009. It does have a custom 3 inch stainless steel dual exhaust system with stainless mufflers that sounds just right. I also have replaced the tires with new Firestones less that 1000 miles ago. The wheels are chrome Dodge wheels that I bought used with a nice set of Michelins. GMC 3/4 hub caps with fit if you don't like the Dodge caps. I have serviced the truck on a regular basis. The trans filter was last changed in 2009 and should be changed again. It has not been rebuilt, ut works very well. The truck also has dual trans coolers hooked up in series. I changed all the belts and hoses when I bought the truck in 2000. The seat cover is an add on, ut the original upholstery was white with houndstooth inserts, ery sharp in 1972 and still available.
I repainted the truck in 2007. At that time I replaced the rocker panels and much of the trim with new pieces. I redid the bed with a rhino coating that was color matched and added stainless railings and tie downs. I also replaced the rear window with a sliding unit. I also replaced the chrome bumpers and welded a very strong hitch to the rear and added a trailer brake connection. I added Dodge van mirrors to match the contour of the doors. The truck had huge towing mirrors and these look much better. I also added Cibie headlights and a stereo in the glove box.
The truck has a 16 gallon auxilliary gas tank that is not hooked up. As a consequence the gas gauge is not working, ut I should be able to get this working. What it will need: a new heater core which I am including. You will also will need to repair the heater cables that turn on the heater. I currently have a water shutoff in the heater line, ut this should be changed. I do have some additional parts that I am including: some dash pieces, nd the front seat console.
The truck does have factory A/C, ut the compressor has been removed. It will be included in the sale. 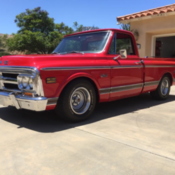 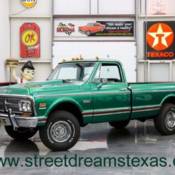 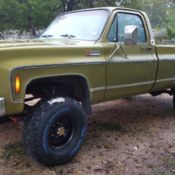 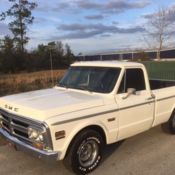 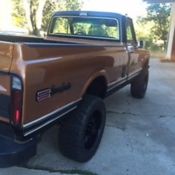 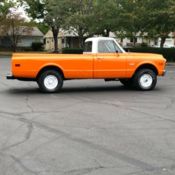 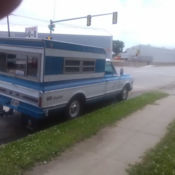 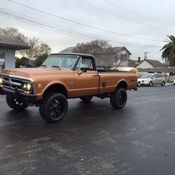 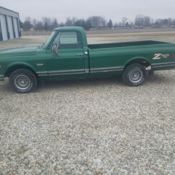 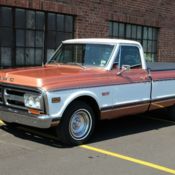