One of the Last Pre-WWII Suburbans

Registered in California since 1947

Restored in 1995 in California

WWII SERVICE: This was the last Suburban built before the civilian production was halted after Pearl Harbor was attacked on 07 Dec 1941. Drafted into military service from 1942-45 as a staff car, transporting officers.

US GOV'T SERVICE: From 1945-47 it worked with the US Government on the YucatÃ¡nPeninsula Expedition, under the US Caribbean Command. It served in security operations in Central & South America.

1ST CIVILIAN OWNER: First civilian owner lived in Santa Rosa California and bought it at gov't auction in 1947. They sent their son to college in it and he kept it 42 years until 1989. He's now a retired US Coast Guard serviceman living in Northern California.

2nd CIVILIAN OWNER: Jim Barnett from Southern California, is a retired Navy submariner. In 1989 he bought it for $3500 and began the restoration in 1990. It was completed in 1995, restored to original. He's put only 5000 miles since 1995, driven mostly in parades with his submariner veteran buddies. In 2001 it was filmed in "The Man Who Wasn't There" with Billy Bob Thornton. Itmade a long driving trip from Northern California to Los Angeles to Arizona & back to Southern California without a problem.

BODY & PAINT: The original body colors, Narva Green & Black, were painted in 1995 and it shines-up nicely, not concours but nice enough for a car show. It was restored from 1990-95 with the body removed from the frame. Three of its original fenders were preserved & only one was replaced. Pop-out windshield works great. All new 3/16" safety glass installed throughout. Chrome was all replated.

INTERIOR: All original seats covered in black vinyl upholstery, and the original pine floorboards were restored with oak.

QUESTIONS: The owner's nephew has the Suburban in northern San Diego and is managing the transaction for his uncle. For the past 30 years San Diego Vintage Consignments helps owners with the complicated selling process. Contact Lee at 760 845 8447 for details, inspection, & test-drives. He can organize transportation (at buyers expense) if needed. 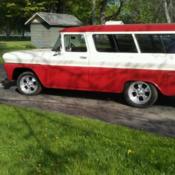 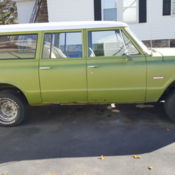 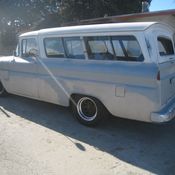 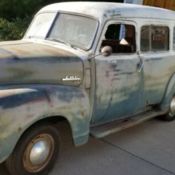 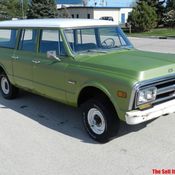 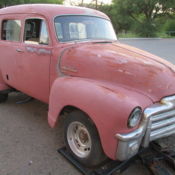 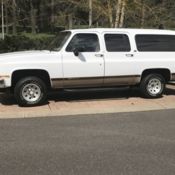 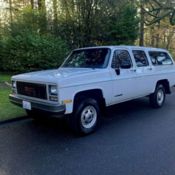 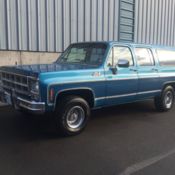 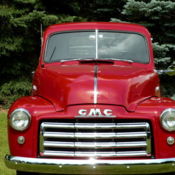