1989 GMC Suburban V1500
-5.7 Small Block V8
-Cloth Trim - Captains Chairs
-Power Windows
-Originally a 4x4 (See Description)
-Barn Doors
-163,917 Total Original Miles
-71,000 Miles on New Engine
-8,000 Miles on New Transmission
-Over $14,000 in upgrades
It's the coveted Box Body Barn Door Suburban from one of the last years of the 8th generation of Suburbans. I've had this awesome thing for 6 years and have had an unimaginable amount of work done to it. Basically every major system has been replaced or upgraded. It is literally more new parts than old parts. This truck was owned by the fire department in Boiling Springs Lakes, North Carolina, and the owner before me bought it at a municipal auction. This is also when the custom shelf in the back was installed, It was originally built to hold medical equipment. It was still fire engine red when I bought it, which explains the red trim paint on the interior. It has a clean South Carolina title.
The GoodUpgrades:
-New 350 Small Block
-New Edlebrock Intake, Carb, and air filter (Replacing the old TBI fuel injection)
-New Pumps (Fuel, Water, Power Steering)
-New Thermostat (160 Degree)
-New Fuel Lines
-New Transmission 8,000 miles ago
-New Drive Shaft U-Joints
-New Head Gasket
-New Radiator & Hoses
-New Distributor
-New Starter
-New Brakes (Pads, Calipers, Bearings)
-New Aggressive Tread Off Road Tires (1000 Miles ago)
-New Muffler (Flowmaster Delta Flow 50)
-New Body Panels (Hood, Front Right Bumper)
-Rust Repair (Low Right Body Panel, Barn Doors)
-New Paint (2015)
-New Shocks
-New Motor Mounts
-New Window Regulators in Front
-Several other electrical upgrades including new radio, new turn signal control, dash lighting
-I've honestly lost track over the years.
As you see in the upgrades mentioned above, this Suburban has a ton of new parts, honestly to the point that I would make more money if I just parted it out. You may choose to do that. The block is in perfect shape and with the upgraded Edlebrock top end is running great, and sounds awesome with the open element filter and Flowmaster exhaust. The body is in EXCELLENT shape, I had a lot of work done on it in 2015. The only rust on the body is found on the barn doors, which is a battle every suburban owner loses.
The Bad: It's 28 years old, of course it has a few problems.
-Right now I believe there is currently a vacuum leak somewhere that is causing the engine to shut of randomly, particularly when decelerating. This could also be a carb adjustment issue. It will drive, but because it might cut off at potentially unsafe times, this should be addressed before using it as a daily driver. I do not think it is a complicated fix, just a matter of finding the vacuum leak or adjusting the carb.
-The forward drive shaft (for 4x4) was removed because the U-Joints froze up, and it is currently at my friends shop in Concord, NC. I won't be able to get it back before selling it, but these are fairly easy to find in parts houses and on the internet. The 2x4 is working fine (BRAND new transmission). It is just the 4x4 that is out of commission at the moment.
-It will need new weather stripping in the back, every now and then you get an exhaust smell when the windows are down.
-Cruise Control was disconnected some time ago, the fork was causing the throttle cable to bind.
-A/C Compressor started leaking about 4 years ago, I don't use A/C so I never bothered to fix it. Fans and Heat work great though.
-Rear passenger window needs a new regulator.
-Rear Right fixed window has had a crack in it since before I bought it, it has not expanded and has given me no problems.
-As with any truck this age, there are problems that spring up. It has had an intermittent ignition issue in the past, and has been fine for a long time, but I just wanted to give a heads up.
I've put over 75,000 miles on this thing, this has been a great truck for me, I just don't want to have a classic car as my daily driver any more, it is more upkeep and I cannot afford two vehicles at the moment. I hope it goes to somebody who loves old Chevys as much as I do. 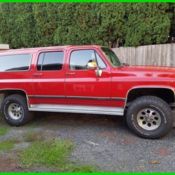 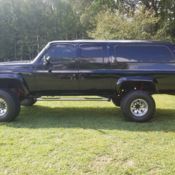 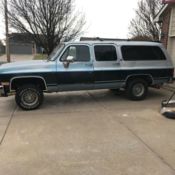 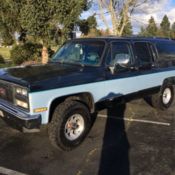 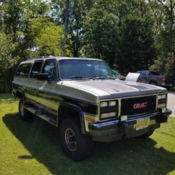 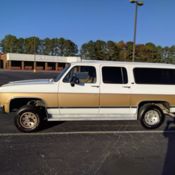 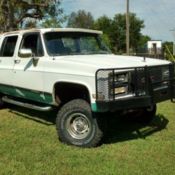 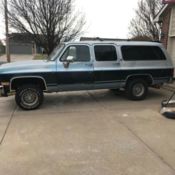 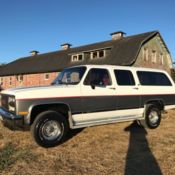 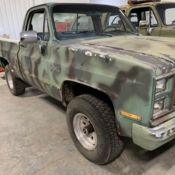