1979 GMC Sierra Grande 4x4 shortbed manual 4 speed with 76594 miles.
Rare, orginal shortbed GMC K-series pickup with m465 manual tranny and original 350 motor. All original interior even down to the orginal AM radio, dash has never been cut.
I purchased the truck from the orginal family. Pretty neat story- the owner I purchased from was the grandson of the orginal owner. The gentleman, now in his 40's was actually with his grandfather the day he bought and drove out of the dealership here in Colorado. The owner stated that the truck was used by his grandfather to drive from there farm in Colorado to there cabin in Southern Wyoming. The vehicle then went to his uncle and then finally to him.
The truck was and is all original beyond the Brand New 3" Tuff Country EZ-Ride lift and Brand New General Grabber 33x12.50x15 tires on the original wheels. If you dont know the EZ-Ride lift kit has the softest riding springs, Keeping a nice ride but giving a little lift to improve the looks of this orginal truck. Brand new Mile Marker front hubs, the orginal were not operational. Brand new battery and starter.The truck has a new exhaust system installed as well.
The truck starts, runs, drives and sounds really well. With the updated suspension, it runs down the road straight and smooth. With the 3.73 gears and 33" tires its rpm band is perfect for cruising easily at highway speeds as well as creeping along in first gear. No problem with doing duty as a daily driver if someone chose it for that.
The truck has always been in Colorado, as pictures show - very minimal rust, really just behind the passenger rear wheelwell and some rock chips in front of the wheelwell. The floor pans, frame and underbody are all solid with just a slight surface rust from sitting. I cleaned up the axles, went thru them and painted them as well.
The truck does have some dents and dings, largest being on passenger side cab and door. Overall solid with just some character. Its getting harder and harder to find with one: the options found on this rare shortbed, and with this low orginal miles and orginal paint, body and interior.
My intent was keeping this, but I need the funds for finishing a 1975 GMC crew cab, hoping this will go to someone that will appreciate it as it deserves.On Nov-21-16 at 18:10:29 PST, seller added the following information:

**** I have pictures of the engine bay, ebay wont let me post them because of seemingly already having enough pictures. I will be happy to send them to anyone who would like to see the engine. Its as original as the rest of the truck. Original blue valve covers, which still have the original grease pencil marks on the valve covers, first time Ive seen that. As well as the water pump is original with matching blue paint. All the original ID stickers are there, such as the jack instructions, mounted on the original inner fender and intact and in near perfect condition. 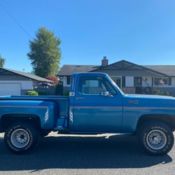 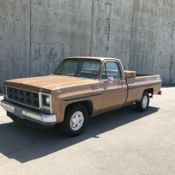 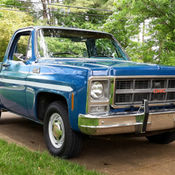 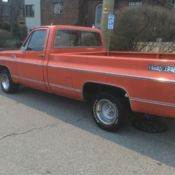 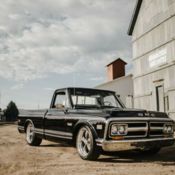 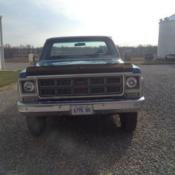 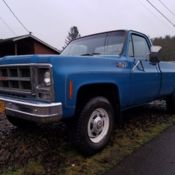 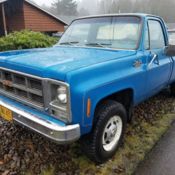 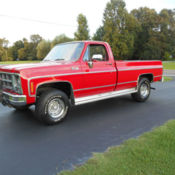 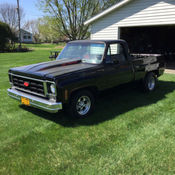