This is a 1963 GMC C10 LB Stepside.
Showing 59k miles on the speedo in 1973 the 305 v6 motor & manual trans wasremoved and a 383 v8 w/727 auto from a 1969 Dodge with 50k miles on itsspeedometer was installed and the clutch pedal cut off.
Currently showing on the speedo is 85,450. True mileage is unknown. Youdecide. The last registration I found in the glove box expired in 1979 howeverthe battery I took out of it was marked as purchased in 1980.
After oiling the cylinders I cranked it using starter fluid and it firedbriefly but a compression test revealed low to very low compression. I'mguessing rings &/or maybe just valves.
I had already bought a new carb and fuel pump(included) for it but havedecided not to install as it's probably going to need to be rebuilt or changedSo this is currently NOT RUNNING.
I filled the master cylinder but have yet to bleed the brake lines so thecondition of the braking system is unknown, i.e. NO BRAKES. The EBRAKE does works .The condition of the trans is unknown as it does not run. The windshield hasa crack. The wings, door and rear glass are good. The windows roll up & downas they should. The springs in the seat are in good condition but the originalupholstery is cracking. The dome light cover is there but the light did notcome on. Original radio is there along with this bitchin' 8-track player, butneither powered up. The light switch pulled on- lites up only one tail lightand NO headlights, so there's a wiring issue. I'd guess a rat or mouse chewedthrough some wires somewhere as the motor was covered with droppings. The woodin the bed is still strong with only a couple of holes.
There is no tailgate. It has camper style extended side rearview mirrors andthe side mounted spare tire was lowered to be flush with the bed rail so i'mguessing it had a camper on it at one time and that's why the need for abigger engine with more power.
Good thing is that it's mostly all original & complete and with minimal rust.The R floor is good, the L floor has a few pin holes at the side. Doors aresolid. Back of F fenders need the usual patch panels but thats about it.Original bottle jack is mounted under the seat.
The tires hold air.This is a true hunters special, complete with a gun rack over the rear window.
Utah title in my name.
a $500.00 non-refundable deposit due within 24 hrs. of end of auction viapaypay. Balance in full within 7 days of end of auction via paypal.It will be fine where it's at for 2 to 3 weeks (maybe even 4) until you get itpicked up.
Truck is for sale "AS IS/WHERE IS" and shipping is the responsibility of thebuyer.
Located in eastern Utah along I-70 near Moab & Arches National Park.
Questions? Bob@ 435-592-9128 6a-8p MST 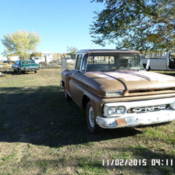 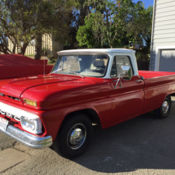 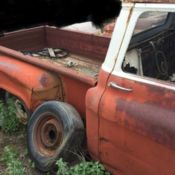 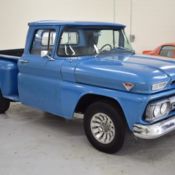 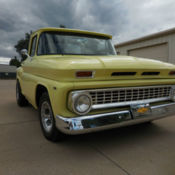 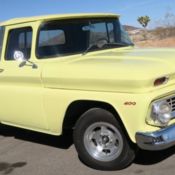 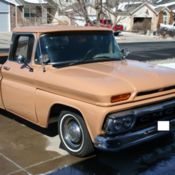 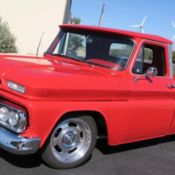 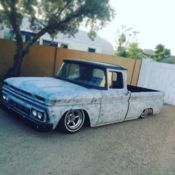 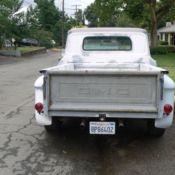