1963 Ford F100 4x4 long bed, ruck has a 3.6L 223 inline 6cyl, ith a 4spd manual transmission (T98). The truck originally had a 262 6cyl in it, ut I replaced it about 2 years ago with a more common 223. I converted it from points to electronic ignition,as well as upgrading to an alternator, pin on oil filter kit,truck has a new fuel pump, aster cylinder, ebuilt 1 barrel carburetor, ll lights, linkers, nd wipers work. Good clutch,brakes, nd 4x4 works. I rebuilt the passenger side hub about a year ago. 4 branch new 265/75/16 tires from Discount tires with 40k warrenty. The bench seat is not the original,it is out of a 1971 f100. there are 3 small rust spots one behind the cab on passenger side, nd the other 2 are on the rear end by the bumper on both passenger and drivers sides. This is an AZ truck originally from southern AZ. Thefuel gage is not working at this time, emp gage, lt gage, r oil pressure gage, eed after market gages installed or old gages reconnected, ruck runsand drives, urrently needs a new water pump, s the one currently in it is leaking water. I may install a new water pump before the end of the auction.
I have put a good amount of time in this truck since purchasing it 3 years ago as a project, nd that is what it is a project vehicle. When I first purchased the truck it had been sitting in a mesquite Bosque for10 plus years, n Whetstone AZ. The previous owner parked it when the original 262 engine stopped running. When I purchased the truck it had a pack rat living in it, o Iremoved everything from inside of the cab, ncluding the duct work and cleaned everything including the vents. There were oldbucket seats in it that were no longer good, o I installed a bench seat from a 1971 f100. The previous owner threw the original seat away many years ago. I decided to buy a used 223to replace the original 262 with. I was originally planning on keeping the truck all original, ut it was more cost affective to put the 223 in. I convertedto electronic ignition, eplaced the old canister oil filter with aspin on oil filter kit, still have 4 remaining new oil filters that will go with the truck. I installed a new fuelpump, onverted to an alternator instead of generator, nd I had the 1 barrel carberator rebuilt 2 years ago. The lights, nd blinkers were not working so I installed a new light switch with new connections, ll lights, linkers and wipers now work, s well as 2 new front Amber blinker lenses. I have a rear bumperthat I have not installed yet that I removed from a 65 f100, o replace the steel pipe bumper with, also have a tailgate that I removed from a 63 f100 that needs some rust repair before installing it. These items will go with the truck as well as a crate filled with misc parts. I alsohave an extra 1 barrel carberator that was on the 262 before I removed it. I had 4 new 265/75/16 tires installed with 40k warrenty from Discount tire a couple of months ago. Both widows roll up and down, nd vent wings are functional, he front windshield is cracked, he rear window is good.This is a good project truck that does not needmuch to make it a daily driver or showtruck. You still see early 60's 2 wheel drives on the road, ut not to many 4x4's. Feel free to ask questions 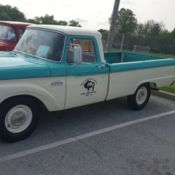 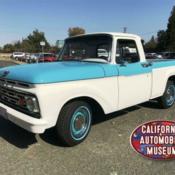 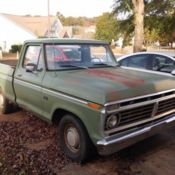 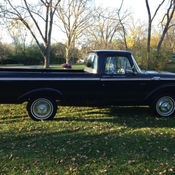 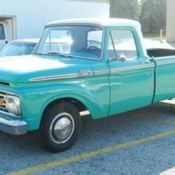 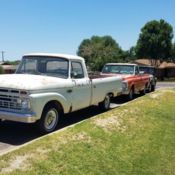 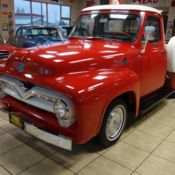 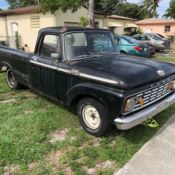 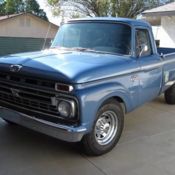 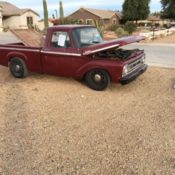