92 FORD BRONCO. This Bronco has been in the family since new. It has gone from father to daughter and provided many great trips with the family. Unfortunately we are moving and unable to have a 3rd vehicle.
Exterior-
Original paint with some scuffs and scratches here and there. For a 29 year old vehicle you can see its in pretty decent shape.
Interior-
Original carpet and seats. The seats have the typical cracks for the age of the vehicle and the carpet has signs of use. Non smoker vehicle.
The electric door lock switch on the drivers side stopped activating the passenger door lock. The passenger door lock button unlocks the passenger door as normal. Im assuming its the drivers side switch itself but just haven't replaced it yet. The rear electric window was intermittent. This is also a common problem for these older Broncos. Since troubleshooting, I adjusted the striker latch and have not had problems since.
Mechanical-
The engine is a 5.8L V8. Rebuilt at 100k miles. No known issuesTransmission was replaced by ford at 70k miles. No known issues4WD works with no problems. Very little off road use. No known issues

Issues that need attention
Door lock switch on the drivers side.
Picky rear window switch. Although the issue hasn't presented itself since striker latch adjustment, I haven't had enough time to play with it to consider the issue 100% resolved.
The rear main seal leaks. If you've done any research on these early Broncos, this is a typical problem. This generates roughly 3 drips of oil under the engine per week or so. More of a nuisance than anything. Roughly a $7.00 part, just haven't had time to replace.
This Bronco is clean with typical issues for the age of the vehicle.
If you have any questions please ask.
Buyer responsible for pickup and or shipping.
Due to age of the vehicle, it is AS-IS condition. 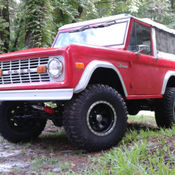 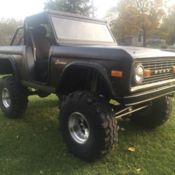 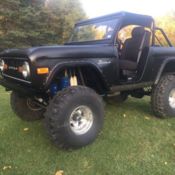 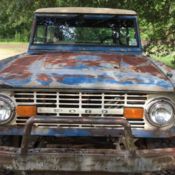 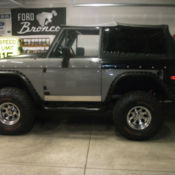 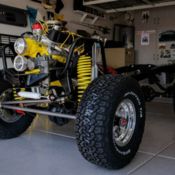 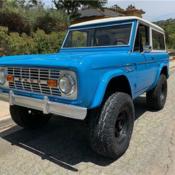 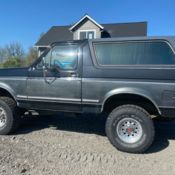 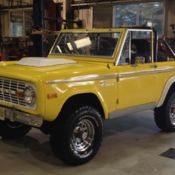 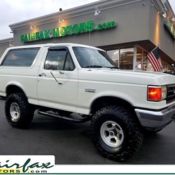