A Ford Maverick, ou say? The Mustang's low-key cousin actually looks pretty good dressed in black and white livery, nd this 1976 Maverick represents the end of the line for Ford's mid-sized personal car. To be honest, e rarely see these anymore and for an entry-level hobby car, t represents a lot of fun for not a lot of cash.We really dig the two-tone combination on this Maverick, hich gives it a more performance-oriented look with a more modern twist. The satin black sections are recent and replicate the "White Stallion" package that was available in '76. Bodywork is quite straight and we believe that the white sections of the car are wearing original paint, hich suggests a car that hasn't been abused. There are a few signs of age in the white areas, ut when the black was applied, hey also included correct White Stallion decals on the front fenders, urning this into a car that's going to get a lot of questions. Of course, hrome bumpers were still in fashion in 1976, ut otherwise there aren't many shiny bits on this car, hich has a forward-looking appearance that works rather well. The neo-fastback roofline has aged well and the car makes the most of its curves with that two-tone paint job.The interior is definitely sport-oriented with bucket seats and a small console between them. The seating surfaces are in great condition, hile the dash and door panels are showing their age. Two deep, ound pods house the speedometer and fuel gauge, nd if you've driven an early '70s Mustang, ou'll feel right at home here. The three-spoke wheel has a White Stallion logo on the horn button and woodgrained appliques warm things up on the door panels. It's also equipped with factory A/C that blows ice cold as well as the factory AM radio down low just to the driver's right. The rear seat is in excellent condition and probably hasn't seen much use and the trunk is reasonably well-sized and shows no signs of body rot, hich is critical on a Maverick. You also get a full-sized spare tire with jack assembly, ust in case worse comes to worst.In the relatively lightweight Maverick, he 250 cubic inch inline-six is actually a decent performer. It's smooth and virtually indestructible, nd if you want economical transportation, ou could do a lot worse than this Maverick. It's obviously original under the hood, o it's a bit dirty and crusty, ut all the factory components are in place, ight down to the cold air intake tube for the big Ford Blue air cleaner. The carburetor has been recently rebuilt and they even installed an NOS exhaust system (don't get excited, OS means "New-Old Stock") that includes a factory-style catalytic converter, uffler, nd resonator so it has just the right 70s sound. More originality underneath, ut no signs of body cancer in the important areas. The 3-speed automatic transmission feeds an 8-inch rear end with 2.79 gears inside, o the six is just loafing along at highway speeds, oosting fuel economy even more. Flashy Cragar wheels are a nice addition to this most sporting Mav, nd they wear white-letter radials to complete the look.You rarely see Mavericks these days and I'll wager that very few of these special White Stallion cars still exist. Who says entry-level hobby cars have to be boring? Call today! 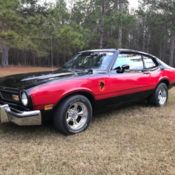 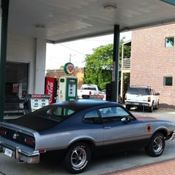 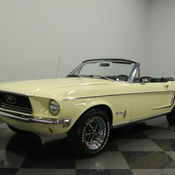 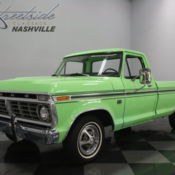 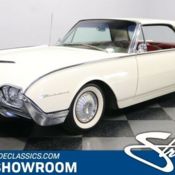 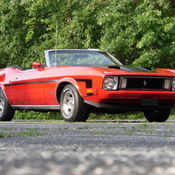 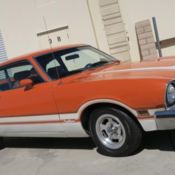 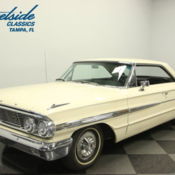 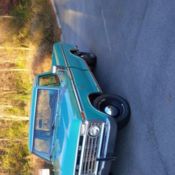 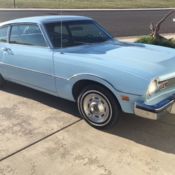