1979 Ford F-100 Indy Pace Truck with Tommy LiftHas Sport Steering Wheel & Alloy WheelsOriginal Family-Owned Truck. 302 Engine, C-6 Transmission Current Mileage: 420,941. Enough miles to encircle the Globe nearly 17 times ! Not many can say that.Engine is 3rd motor, a Ford-Remanufactured Short Block installed in 1990/250,000 miles. Paintjob done circa 1999. ALL graphics are PAINTED ON, NOT A DECAL. After sanding it down, we realized I didnâ€™t take pics. Found a Indy Ford F-350 in a neighboring town and got the necessary pictures to redo the design. My Mechanic who did it is a gem. ïŠ Driverâ€™s doorpanel is coming apart, but does have the correct original insert, as does the passenger side.Rollbar is original and is referred to in the manual as a â€˜Decorative Roll Barâ€™. Wonâ€™t do much in a Crash Situation. I never did, thankfully, have an opportunity to test this feature !Original C-4 Transmissions blew front seals, failed, blew front seals, etc etc. On the 3rd engine install we asked our Mechanic to get a better transmission unit, so he did. This transmission was rebuilt in 2001 or 2002. Leaks just a bit from the rear seal, which is wearing a little and to be expected on a vehicle of this age and mileage. (Side Note â€“ Engine 2 was a used one put in by someone when we were in a bind. Had the crankshaft from a 302 for a Station Wagon, and not the kind for the Truck 302, so had crap for power. I was not knowing ! Had it fixed 3 years later but was already a POS lol.)Had had Dual Exhaust installed on the 1990 rebuild; seat and door panels / roof liner redone in 1997. Truck had the doors and fenders replaced on the 1990 rebuild. Hood is not original to the truck (original one had a rock go through it from a blast nearby for an airport gas tank); the original hood had the FORD letters across the front, this one was a Ford hood that didnâ€™t come with the hood letters. My Mom had bought the hood from some guy it had a bullet hole in it. Funny how you remember these things.Suspension: Both front spindles have been changed in itâ€™s life; the passenger side twice. Steering Gearbox changed in 2001, and a Rear Leaf Spring added so it sits up a little higher. Kind of nice â€“ see pictures. Tires are Mastercraft, several years old but barely used.The wheels are original to the truck, although they differ from all other Indy Pace Trucks. Normally itâ€™d be an aluminum wheel with the holes around the perimeter; this one has the 5-spoke wheels. My Dad brought it home from Bob Lacy Ford in Robstown, Texas, back in July of 1979 and these were what was on it. The original invoice just says 'Wheels' for 250.00.Truck has Dual Gas Tanks, but the Switching Unit does not seem to work. Itâ€™s bypassed and just the Rear Tank is hooked up as a normal car would be. Rear Tank was replaced in 2000 and a new Ford fuel sending unit installed. We thought the tank was empty, but it had 19 gals of gas in it. Made for a very fun removal. My friendâ€™s son thought we were going to blow up!The Tommy Lift was installed in 1981 to aid in my Arcade Game Amusement Machine business; needed only one repair In itâ€™s 40 year life: A single brass elbow fitting for one of the hydraulic lines, and the fluid topped back off. The cables are original but undamaged. Best $1000 Iâ€™ve ever spent, this Tommy Lift.This vehicle has the Rally or Sport style Steering Wheel. This also came with the truck when new.VIN is F10GUEJ6586. The only VIN number Iâ€™ve ever kept to memory. Iâ€™ve driven this truck since I was 12, drove it in the neighborhood, and then after I got a hardship license at 15 used it for my business. This truck has been all over Central Texas and then some. Was like a trusted friend for me through so much of its, and my, life. I hate to see it go.Needs a battery, and a shot of Transmission & Brake Fluid to get going. Was started up several months ago and still sounds good; carburetor had no leaks, surprisingly enough, and seemed like it was chomping at the bit to see some road go by. If you do buy this, Iâ€™ll bring a brand-new battery to the Pickup Customer.Kenwood Cassette player does not work, and one speaker is bad. Ignition Switch is going out. Kept making all gauges read zero so Iâ€™d quit driving it as the Oil Pressure had read zero. Ha. Needs voltage to display the Oil Pressure. Needs wiper switch, sometimes it works, sometimes not. Truck has never been in a wreck! Hit many deer and messed up the bumper and had crinkled the edge of the fenders just barely but no real wrecks. See original wheels for evidence of staying on the road! Always got me home from the bar, the Pink Floyd concerts, and in general good-time fun. Those days are missed.Truck just needs LOTS of TLC and Love and it can be your friend for the next 40 years !Contact me if you have any questions. Serious offers only if you care to make an offer.Truly a one-of-a-kind Ford. Get it now before I change my mind !! Thank you for viewing my Auction Listing ! 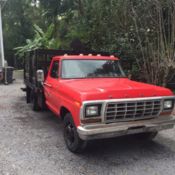 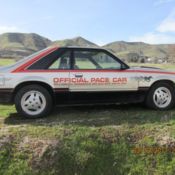 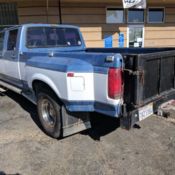 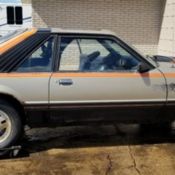 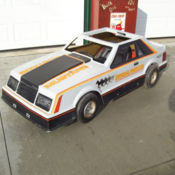 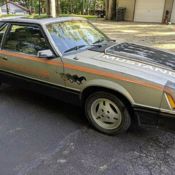 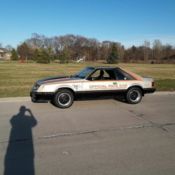 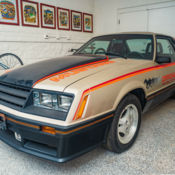 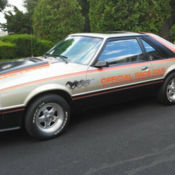 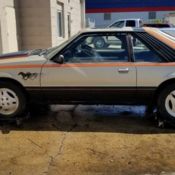