#1 HIT OF THE SUMMER Also known as the “Feature Car”, “Limited Edition”, or “Summer Special”, the Summer Edition was the special edition Mustang trim for the 1992 model year. It’s also known as a 1992 ½ due to its mid-year release.This car was essentially a follow-up to the 7-Up Mustang from two years prior. It included the same white leather interior with black contrast stitching and white power convertible top.For the Summer Edition, however, all examples were convertibles and the trunk’s exterior luggage rack was replaced with a unique decklid spoiler. It also got some 16-inch Opal Pearlescent white wheels that really stand out.The Summer Edition also featured body-colored components including the side mirrors, door and window trim, rear quarter panel molding, and windshield trim.Technically referred to as the 1992 Vibrant Red Mustang LX 5.0 Limited Edition Convertible, the Summer Edition featured the 302 H.O. V8 engine with 225 hp and 300 lb-ft of torque. Drivers could select either a 5-speed manual or 4-speed automatic transmission.It’s said that only between 2,019 and 3,333 (2,193 being the most common attributed production run) of these models were produced, making them a fairly sought-after trim for Fox Body enthusiasts. This is especially true for models that have a manual transmission, with just 787 being made.
I have redone the wheels, put in new door panels, kept original arm rest on door ( great shape just need dye could not find new arm rests and these were in great condition that is why you see a little yellowing on the arm rest but the rest of the panel is new), new rotors and brakes all around, interior is still in real good shape, no chips on windshield, runs and drives grea, engine is strong, I put in new door switches, new center console, carpet is in very good shape, paint is 7 out of 1, a/c leaks ( cheap fix), new power mirror switch. Seats are in really good condition, no cracks on dash. Headlights are clear and in great shape. I have oem sunvisors not aftermarket and one is installed and one is new in the box.
I have some extra parts-flat screen radio, new oem steering wheel, new convertible boot, some oem headlights not whole set but 2 or 3 pieces. new center arm rest.
Car needs a new top and opens up partially, did not want to mess with mechanics on top while it is still partially working. new top with glass is 300, install is probably another 500.
I was told vehicle had 56,000 original miles, not sure if that is correct. Was not of concern to me because i was going to redo the whole car. 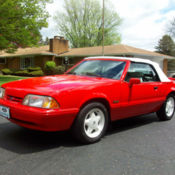 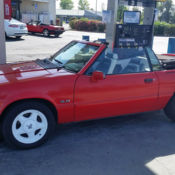 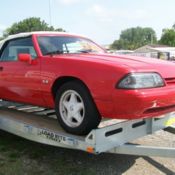 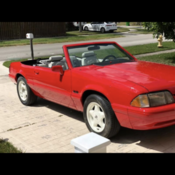 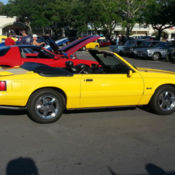 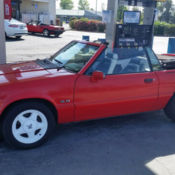 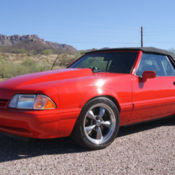 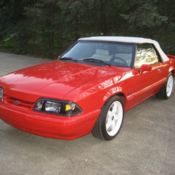 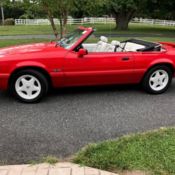 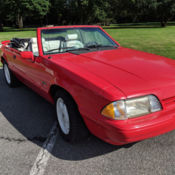