There's always added distinction in owning a 1964.5 Ford Mustang. Plus, this one gives you upgrades like a GT-style appearance and extra ponies under the hood. And it does it all for quite affordable price.

The paint looks close to the factory shade of Sunlight Yellow. That's important, because that was one of the colors that was exclusive to the 1964.5 Mustang, and it did not survive the 1965 model year. So this one likes to announce its uniqueness from the first impression. In fact, this one really like to have distinction with its GT-style upgrades, like the fog lights in the grille and dual exhaust coming through the rear valance. You'll also enjoy details, like the bright chrome bumpers and the Mustang's iconic styled steel wheels.

The two-tone golden brown of the interior harmonizes nicely with the yellow exterior. Bucket seats, artful door panels, a taut headliner, and a clean dash make this a nice place to spend some time. The upgraded AM/FM/CD stereo even means more modern driving music. You get the classic Mustang driver-oriented pieces, like the grippy three-spoke steering wheel and optional center console. And the addition of the Equus auxiliary gauge trio reminds you there's something extra under the hood.

The golden valve covers look quite nice in the dark and tidy engine bay. They have the correct look for an early Mustang, but the callout on the air topper tells you this is a large and more powerful pony than they ever offered. It's a 302 cubic-inch V8. And more than just extra displacement, the power was upgraded further with a Holley four-barrel carburetor and an Edelbrock intake. The way this one fires up and runs gives the upgraded motor the feeling of a recent solid investment. So you know you want to take it out for a cruise. That's also why it comes with nice driving features, like a three-speed automatic transmission, power brakes, and the grip of modern tires.

This the distinction of the earliest pony car, and there's a bigger motor to make it gallop better. So at a price like this, you know we won't have this deal in our corral long. Call today!!! 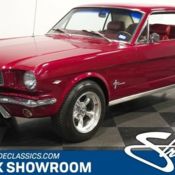 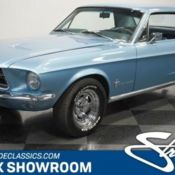 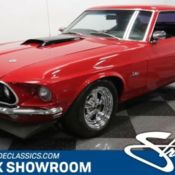 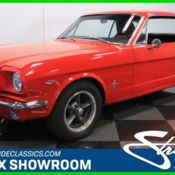 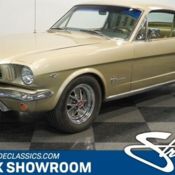 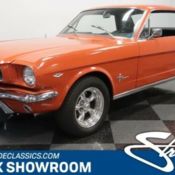 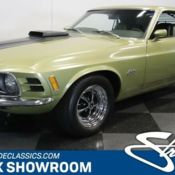 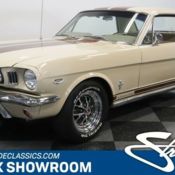 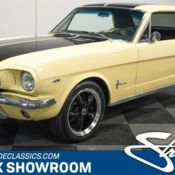 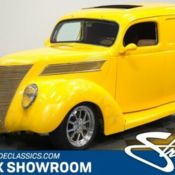