What we have here is a rare 1972 Mustang Olympic Special Coupe that just came out of a 20 year sleep. The second owner, a women, purchased the car in 1985 did a lot of regular maintenance; receipts included, rebuilt engine (no proof) and then stored it since 1998. It was ordered and first sold in Arizona per the Marti report.It has a 302 v8 stick shift and FACTORY AIR. I do have a clean Arizona title, a Marti report and factory invoice. According to Marti there were only 2128 of a total sprint run of 9515 made with this motor and transmission combination. They do not list with the air conditioning which would make it even lower.The car is of course rust free and all the body panels are super straight and doors close perfectly. It has new repo seat covers, a new batter, fuel gauge sender and new water pump. It appears to have 80% original paint still on the car. The floors are beautiful as expected. Of course it has some minor scratches and dings as to be expected for a 40+ year original car. It has a 68 Ford J code 4 barrel intake manifold but a 2 barrel with adapter is currently on it. It also has after-market valve covers and air cleaner. And of course it has a 1980â€™s period am/m cassette radio.The oil pan and transmission have NO LEAKS but the rear end has the usual leak. Runs and drives as a 72 did. The air is still charged and puts out cool air but should have a shot of Freon to make it super cold.What it needs depends on what you would like to do to it. Drive as is and do little things to improve. Needs heater core (Have new one). Needs headliner (still there but has multiple holes) but have brand new one.The hood decal is faded but have new one.The passenger quarter panel has a few dents but paint is not broken, easy to fix. A few bubbles on passenger side quarter panel. Fix rear axle seal. You will have the ONLY ONE AT THE CAR SHOWS I guarantee $500 DEPOSIT THRU MY PAYPAL ACCOUNT REQUIRED WITHIN 24 HOURS NO EXCEPTION UNLESS PRIOR ARRANGEMENTS MADE 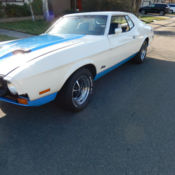 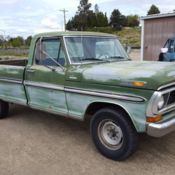 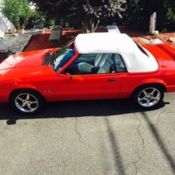 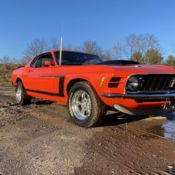 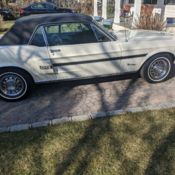 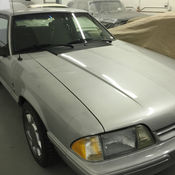 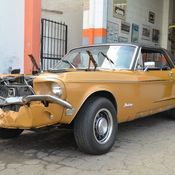 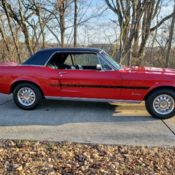 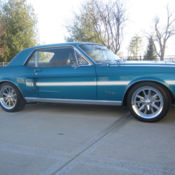 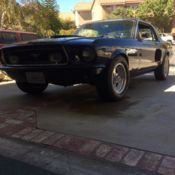