GR Auto Gallery is pleased to present this extremely low mile Ford Mustang SVT Cobra Pace Car! This extremely clean 2 owner car comes in a spotless red paint job complemented by an immaculate saddle leather interior and matching convertible top. The convertible top is in like new condition and functions as it should. Powering the Pace Car is a 5.0 liter V8 motor mated to a 5 speed manual transmission. Standard features of the Mustang include power steering, 4-wheel power disc brakes, functional heat, A/C and much more. This vehicle comes to us from a private collection where it has lived for the past 14 years. As one would expect, this vehicles has always been properly maintained and stored. Additionally, the vehicle also comes with the official Pace Car decals still new in the box. So, if you've been in the market for a rare collector Mustang its hard to beat this highly sought after Cobra Pace Car. Please call or email us today for more information.
The fourth generation Ford Mustang is an automobile produced by American manufacturer Ford for the 1994 through 2004 model years. For 1994 the Ford Mustang underwent its first major redesign in fifteen years. The design, code named "SN-95" by Ford, was based on an updated version of the Fox platform. The Ford SVT Mustang Cobra (also known as SVT Mustang Cobra, SVT Cobra, or simply as Cobra) is a muscle car model that was built in model years 1993 through 2004 by Ford Motor Company's Special Vehicle Team division (or SVT, for short). The SVT Cobra was a high-performance version of the Ford Mustang. For 1996, Ford finally retired the aging 5.0L V8 in the Mustang GT and SVT Cobra, replacing it with a new aluminum 4.6L DOHC modular unit that was smoother and had slightly better fuel economy. Starting with the 1996 model year, every Cobra engine was hand-assembled by two-person teams at the Ford Romeo Engine Plant in Romeo, Michigan a practice that continued through the remainder of SVT Cobra production.
To see over 80 photos of this car, including under carriage please visit our website br/- 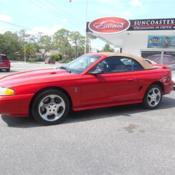 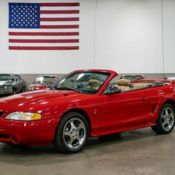 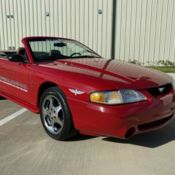 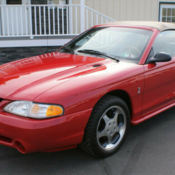 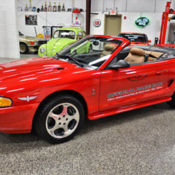 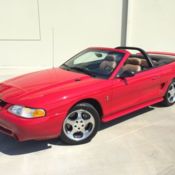 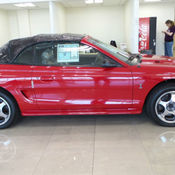 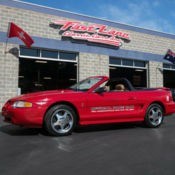 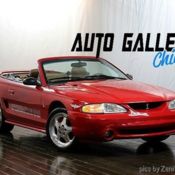 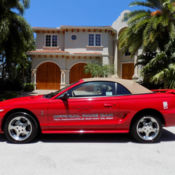