1963 Black Ford Thunderbird M-Code Landau Hardtop.
Fully restored and one of only 10 built!
Black w/Black interior 390/340hp M-Code, 3-speed automatic transmission.
When Ford introduced the Thunderbird in â€™55, it was assumed its competition was the Corvette. But in reality, the â€™55-â€™57 T-Bird was more of a sporty personal luxury car that happened to be a two-seater. But, the powers that be at FoMoCo decided that after three years, what the T-bird really needed was a back seat. So the â€™58 became a 4-seater and sales skyrocketed!
This fully restored â€™63 T-bird is one of the rarest ever produced! One of only 10 M-Code Landau Hardtops built, this beauty was the perfect combination of luxury and performance! The M-Codes were powered by a (conservatively rated) 340hp 390ci big block with 3 Holley 2bbl carbs sitting atop a factory aluminum intake manifold and automatic transmission. They also featured 406 heads, special camshaft, oil pump, and distributor that was exclusive to the M-Code cars. Other equipment included; dual exhaust, factory chrome engine dress-up kit, Rotunda tachometer and factory ordered Posi-traction with 3.89 rear end ratio, power brakes, power steering, power windows, and wood-grained steering wheel w/tilt-away column. This beautiful, rust-free, matching #â€™s example has been fully restored and still has all of its original body panels. The interior and trunk were fully stripped out, lined with hush-mat, insulated and fully refurbished. The heater core was replaced, all stainless steel and brightwork was refinished and buffed, and bumpers re-chromed. Since its completion, the car has earned multiple first-place awards! These â€œBullet Birdsâ€ were beautiful back in the day. This one is truly one of the most unique Thunderbirds you will ever see! 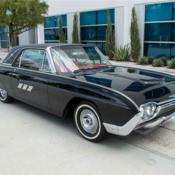 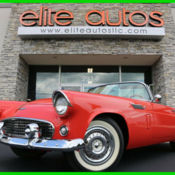 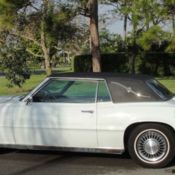 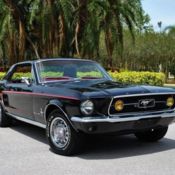 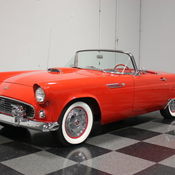 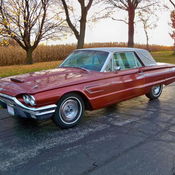 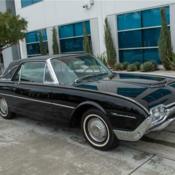 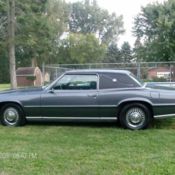 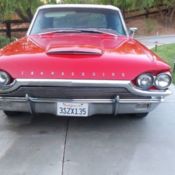 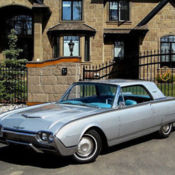