There was a lot of hardcore race hardware coming out of OEM factories in the 1960s, and few are as famous as the Ford Thunderbolt. Based on the 1964 Fairlane, this lightweight track monster packed Ford's nastiest engine, a featherweight shell, and minimal frills to create a car that can still bring a crowd to its feet today. That's probably why they're scary expensive, and rarely available for purchase on the open market. So this 1964 Ford Fairlane does a pretty good impersonation for a fraction of the cost and with a few more street-friendly features.

OK, we know, Thunderbolts were Wimbledon White, but there's no reason why an enterprising team wouldn't paint theirs black and we have to say it looks downright predatory. They started with the right car, a '64 Fairlane 2-door sedan, and added the right pieces, including the reverse teardrop hood, gaping air intakes in place of the high-beams, and painted front bumper, all of which give it a race-ready look. A few emblems advertising the 427 under that hood help with the illusion and with "THUNDERBOLT" graphics and a bright red accent down the sides, and, well, nobody's going to mistake this for a garden-variety Fairlane. Every time you drive this car, you'd better be ready for the havoc it's going to cause in the stop light grand prix.

The red interior is how many of the original Thunderbolts were equipped (hey, why not have some style with your speed?), and this car does it justice. Offering simple bucket seats that were the lightest in the Ford parts bin, plus a rear seat that came out without tools, it was easy to upgrade it to race day weight. On the other hand, the door panels and black carpets keep it civilized enough to be offered in showrooms and pleasant to drive today. Factory instrumentation is joined by a whole host of auxiliary dials, including a fuel pressure gauge out on the hood, a tachometer with shift light, and the usual dials under the dash. You'll note that it's got proper heater and radio block-off plates and a factory steering wheel, although the trick shifter is a modern touch. The trunk is stripped bare, of course, but includes a rear-mounted battery that helps with weight distribution.

Ford's 427 cubic inch "center oiler" V8 was among the nastiest you could get in the mid-60s and a lot of racers soon realized that it's hard to beat a car that can leave the line at 6000 RPM. Those two giant snorkels force-feed a pair of Holley 4-barrel carbs on a high-rise intake and thanks to a .600 lift solid-lifter cam and 11:1 compression, this sucker cackles like the real deal. On the other hand, it seems happy enough on 93 octane pump gas, so if you don't abuse it, it'll be happy to slap around some late-model muscle on the street. It's backed by a C4 3-speed automatic with a TCI 2500 RPM stall torque converter and a reverse valve body and a stout 9-inch rear with 3.56 gears inside. Long-tube headers that look like sculpture feed a pair of race-grade Flowmasters with turn-outs just ahead of the rear wheels, so it sounds like the NHRA the moment you turn the key. The flashy chrome REV wheels aren't 1964, especially with streetable 215/50/17 front and 245/50/17 rear tires, but a set of vintage Torque Thrusts can remedy that if that's your bent.

Fast, fun, and authentic enough to make the experience memorable, this cool Fairlane delivers on its legendary looks. Call today! 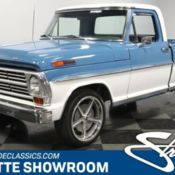 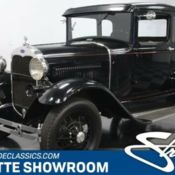 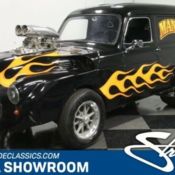 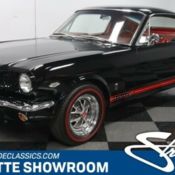 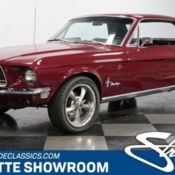 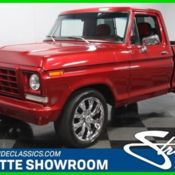 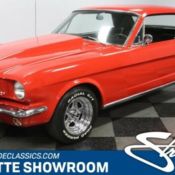 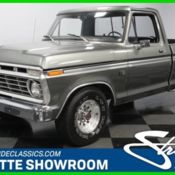 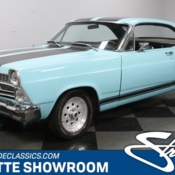 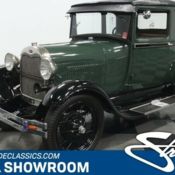