1974 FORD BRONCO: --Yellow with Black interior, Corbeau racing seats, Bikini top, Custom build, 5.0 Liter/302ci V8 engine, Automatic transmission, Four-wheel drive. One of Ford Motor Companyâ€™s most iconic creations, the Bronco project began with Ford in the early 1960s and engineered by Ford engineer Paul G. Axelrad, with Lee Iacocca approving the final model. Production started in February 1964. Developed as an off-road vehicle, the Bronco was intended as a competitor for the Jeep CJ-5 and International Harvester Scout. This Bronco has been in long-term ownership and enjoyed summers on the East end of Long Island. It has been restored with its frame off and finished with its painted chassis and components. Upgrades include a rebuilt 302ci V8 engine paired with an automatic gearbox, two-barrel carburetor, dual front shocks, Corbeau racing seats with four-point harness, digital gauge cluster, electronic ignition, aluminum radiator with electric fan, headers with stainless dual exhaust and X-pipe, Kenwood radio with speaker system, Momo steering wheel, Climate control and Polished Mickey Thompson wheels. This Bronco along with its upgrades has been well maintained and serviced when and where needed. All body lines are excellent and the Bronco runs and drives extremely well. The interior has also been well-cared for, but shows a slight honest patina from seasonal use. Previously owned by a collector-enthusiast, this Bronco will most certainly be enjoyed by its next caretaker as it has been for its previous. It is a wonderful addition to anyoneâ€™s garage and for use on the weekend around town or to the beach. 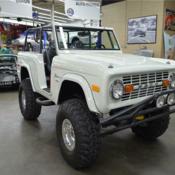 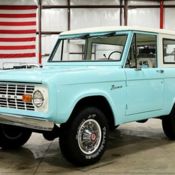 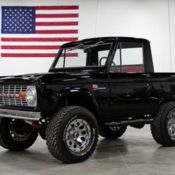 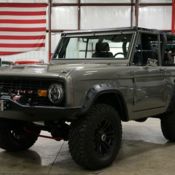 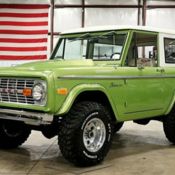 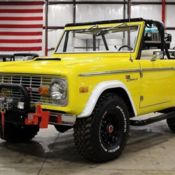 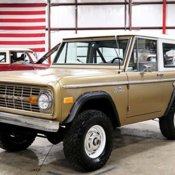 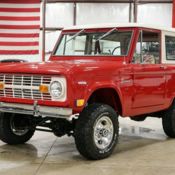 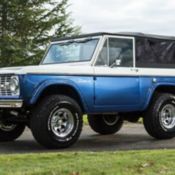 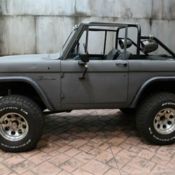