Usually you want a 1967 Ford Mustang convertible for its rarity... but this one is so much more than just that. It's a restomod where they expertly integrated a modern fuel-injected Coyote V8. More than just the latest Mustang motor in the first-gen car, you also get a ton of upgrades, like an upgraded suspension, overdrive transmission, four-wheel disc brakes, and loaded custom interior. So this is exactly how to get the best of everything in one iconic package.

This car is a custom creation that was the product of a four-year build concluding in 2015. With such low mileage on the odometer, it appears that it was taken out only to be shown off. And this one really is ready to be admitted. A big investment in the black finish means it's deep, dark, and as glossy as black ice. it knows how to command attention through a well-coordinated intimidation. After all, the full brightwork package has even been converted to black chrome. So there's a sleek but menacing shine on the bumpers, grille, and all the trim. This goes perfectly with the upgraded 18-inch black chrome wheels. And as crowds get closer, there are also a ton of details to admire. For example, it does a great job of crisply showing off the iconic lines of the first-gen Mustang. And it even has the Deluxe hood with working turn signals. Also, within the classic style they expertly integrated modern details, like projector headlights, wide exhaust tips, and shaved door handles that now have a cool remote-operated popper. So it's easy to believe when the consignor states there was $150k that went into this build - it feels like they really thought of everything.

You know you're in for something special from the moment you open the door, because the illuminated door sills are an option even on a brand-new Mustang. We have receipts documenting thousands $$$$ invested in the interior alone. So not only do you get the ultra-desirable triple-black appearance (paint, roof, and interior), but also it's an awesome-looking total package. You get bucket seats up front that have terrific modern bolstering and finished in a supple leather. There are well-integrated modern upgrades like power windows, a power top, power locks, and an AM/FM digital tuner radio. Plus, that bright center console is there to reminds you this is still a vintage machine. Of course, the Billet Specialties sports steering wheel on a Flaming River tilt column, push-button start, and the Dakota Digital VHX gauges all get you ready for something very modern in the engine bay.

You'll love lifting the hood wherever you park. You're looking at the fuel-injected 5.0-liter Coyote V8. With four cams, 32-valves, 5.0-liters, and 400+ horsepower, this is one of the best modern motors of our time. And while people will marvel at the big power in the engine bay, don't forget to notice the $$$$$$ invested in an expert installation so that you can't tell the decades of difference between the vintage body and the modern motor. The upgrades don't stop with the motor. You have a strong four-speed automatic transmission that shifts smoothly all the way into overdrive. This feeds an aluminum driveshaft and strong 9-inch limited-slip rear end. This was built for enhanced driving with the Mustang II-style front suspension w/tubular A-arms, frame connectors, hydroboost four-wheel disc brakes, drilled & slotted rotors, and rack & pinion power steering. It's a total package that runs and drives like a new car, because they made a big investment in installing new and modern components.

It's absolutely cool how this one brings the most modern power to the iconic pony car design that started it all. We have the build receipts and restoration photos that document the time, effort, and big investment it takes to get something this unique. So hurry up on this deal, because your dream restomod Mustang may never come up for grabs again. Call now! 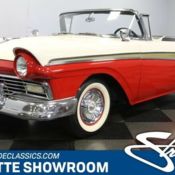 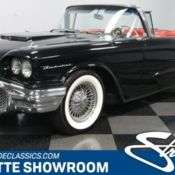 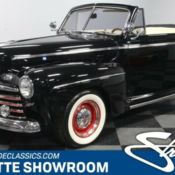 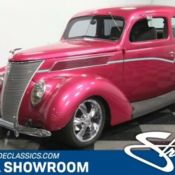 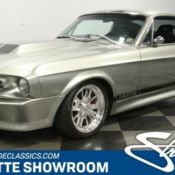 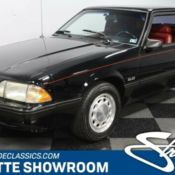 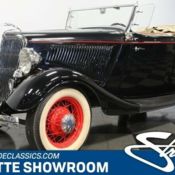 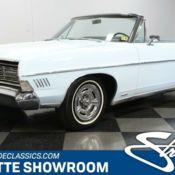 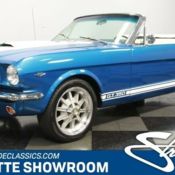 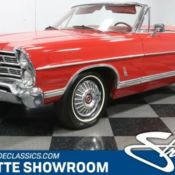