Listed is my 1972 Ford F-100 that I have owned for 29 years. This is a two owner vehicle that has matching numbers, original drive train. This truck has the sought after big block 390 motor with a C-6 transmission. Actually a three owner truck the guy I bought the truck from purchased it from the original owner to flip it. He never registered the truck, he just passed the title along to me. The truck is a California only truck, never in an accident and is as rust free as you will ever find! I finished restoring the truck at the end of 2003. The truck had originally has 116,000 miles on it. The body is so straight, the bed is dent free see the pictures. I think at one time it might have had a camper on it? There are hitch holes in the rear bumper that might have had an extended bumper of some type. I have the holes capped keeping the original rear bumper. Since 2003 Iâ€™ve put just under 7,000 miles on the truck. This can be verified by looking at the pictures. The entire instrument panel and gauges were replaced with NOS Ford gauges. Including a new speedometer being new old stock was at zero miles. List below are the details to whatâ€™s been attended to on this vehicle.
The paint is PPG, back in 2002 I paid over $500.00 for the paint alone. The original Ford colors were reapplied, painted over the original paint All the exterior body moldings and parts were replaced with as many NOS Ford parts as I could find. The only parts I could not locate were the hood molding and the molding behind the cab. I attempted to find NOS wood trim moldings, found a few but realized it was going to take some time. So like the hood and cab moldings I ordered them from Dennis Carpenter. A lot of their parts are made from original Ford dies. In fact my body moldings clips were so nice I used them. The Dennis carpenter moldings fit just like the factory ones. I paid over $600.00 for the XLT wood molding kit in 2003. The rain gutter moldings have two dimples in them. I did it re installing them. The bed was removed the frame painted, the rear brakes were completely rebuilt with all new hardware. The wheels were bought new, factory take off Ford Van Alloy rims. The factory radio worked but had issues, I removed it adding an aftermarket SonyCD stereo that has an IPod cable. The stock radio face plate was used to try and keep the stock appearance. The truck has dual gas tanks, that were upgraded from the the floor turn lever to an electronic valve. Just use the factory dash switch and the tanks change from one to the other. The steering wheel was a new old stock Ford that took forever to find. Updated to a later model Ford truck three speed delayed windshield wiper switch. The bed is Perfect no dings no dimples perfect! I had a spray in liner added because I was going to use the truck as a daily driver. The aluminum box on the back is an equestrian saddle box, smaller than the wider one you can by. Like I mentioned the truck was going to a driver. The box is great for a small tool box and even a small floor jack. Like I mentioned the truck has 6,959 miles on new odometer. Thatâ€™s from 2003 to 2019 sixteen years. A new Interstate Battery wasinstalled last month .
The Motor: Completely rebuilt, basically stock but beefed up for reliability. Including Hardened valve seats, double roller timing chain. The motor was balanced and hi performance oil pump installed. Up graded from a later model Ford truck an OEM Ford electronic distributor ignition was added which was all rebuilt. I got rid of the Ford electronic module adding A MSD ignition which I had installed by a highly recommended speed shop. I have the receipt for the rebuilt motor.
Transmission: The Trans was rebuilt, only adding a new torque converter with a shift kit added to beef it up from a slide in shift to a quick mild shift. I have the receipt and many more that come with the truck.

Front Suspension: Recently as of last February the complete front drum brakes were completely removed. I bought a 1979 Ford donor truck. I stripped the complete front end including all the OEM break lines, clips and whatever else was needed. I media blasted all the suspension parts and painted with Por-15 black paint. Every moving part was rebuilt or new along with new kingpins installed. I bought as many old stock Ford suspension parts as I could. Every bushing and every moving part was replaced. New rotors and rebuilt calipers were installed All factory Ford parts were used in the conversion except for the few that were unavailable. The other parts were US made good quality parts. The truck looks like it came out of the factory with disc brakes. Just under $800.00 in new or rebuilt part were used. I did the work myself I have all the receipts for the conversion. The truck has less than 300 miles since the conversion was done.
Steering: A rebuild steering box was added, the seal started leaking in my truck sometime back. I had issues with a rebuilt, I wish I would have had mine rebuilt by an independent rebuilder! The replacement was sloppy and started leaking. Oh but it had a lifetime warranty, big deal! Not too long ago I removed the steering box and replaced it, this time I got lucky and got one that works properly. Shortly after installing the gear box I removed the steering column and had it rebuilt. I have pictures of a guy rebuilding it and the receipt. So I can say the complete front end and steering is all new.
Air Conditioning: Less years than two years ago I had the air conditioning gone through by The Air Shop. They do all vintage and Hot Rod AC installations. I upgraded to a 134 Freon compressor, new condenser, all new hoses and a new fan motor was installed under the dash. I have the receipt, the work was over $1,300.00
Terms & Conditions
Inspection: VERY IMPORTANT. If a buyer chooses to buy sight unseen the buyer accepts the vehicle AS-IS and understands I cannot address concerns post sale. For this reason, it's important all concerns are addressed prior to purchase. I will make every effort to present accurate and reliable information, but use of this information is voluntary, and should only be deemed reliable after an independent review of its accuracy, completeness, and timeliness. It is the sole responsibility of the customer/buyer to verify the existence of options, accessories and the vehicle condition before time of sale.
Payment: Required a non-refundable $500 deposit within 24 hours of winning or commitment to purchase. Full payment is required within 7 days of offer acceptance. If deposit and/or full payment are not provided within said time frame, the vehicle will be relisted and transaction will be considered void. For balance of payment requirement will be bank wire transfer (preferred), cashier's check, (vehicle shipment will be delayed until check clears).
Shipping: I assume no responsibility for damages or delays incurred once a vehicle is in a shipper's custody. Buyer is welcomed to trailer the vehicle home. I will have everything ready when you arrive to pick up the vehicle.
Condition: I did my best to cover the obvious and did my best to describe the vehicle in detail. Even so, please have a transparent conversation with me before purchasing. Do be aware that all vehicles, regardless of age, mileage, or manufacturer are subject to cosmetic wear and mechanical failure.
AS-IS: The vehicle is sold "AS IS" and with no warranty expressed or implied. If you choose to waive inspection, do plan to have a detailed and transparent conversation with me regarding the vehicle's condition. Ask the hard questions up front. If youâ€™re a buyer please ask to call me. I will send my number for any questions! 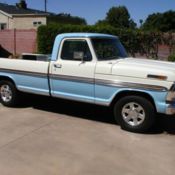 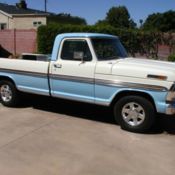 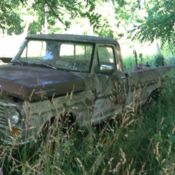 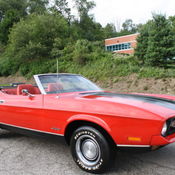 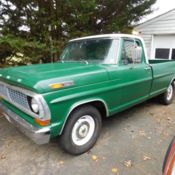 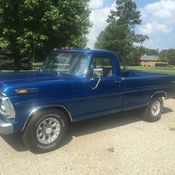 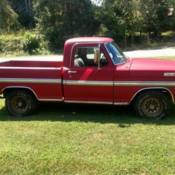 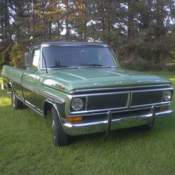 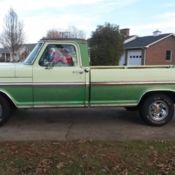 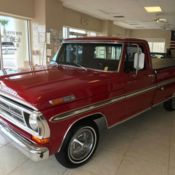