Up for sale is my 1984 Ford Mustang G.T 5.0 5-SpeedConvertible with 52K Original Miles.I really never thought in a million years I would let this car go, but my wife and Iare now in the process of downsizing getting ready to head somewhere warmer, and relax and take life a little slower.

To be very clear right off the bat the car is 99% all original"Except for One Flow Master Muffler/ and a Newer Set Of Michelin Tires and some normal stuff like battery, altect.... I still have the original muffler and the original tires if you want them, so now we are back to.... (IT'S A 100% ALL ORIGINAL SURVIVOR) Even down to the ugly Dealer prepsnow-belt undercoating they sprayed under the hood back in those days, which Idon't like butIt can easily be removed with aircraft stripper and a pressure washer, but again I wanted to leave it the way it came off the showroom floor.

Under the hood is the 302 H.O 5.0L 4 Barrel Carb motor.I bought the car from the original owner back in 2004 when it had 27K original miles on it. The original owner was an older gentleman like myself that just took super excellent care of it for its first 20 years of life. Since then, I have picked up where he left off, and even went above and beyond to make sure this car stayed well preserved, and all original the best I could.

It has spent every single night of its life in a climate-controlled storage unit, with all four tires elevated off the ground with a cover on it or it was in my garage during some spring and summer months that is, as wellclimatecontrolled and I had it parked on indoor out doorcarpet. The carliterally runs and drives like a brand new 1984 G.T 5.0, and I'm not kidding one bit. This car has tons of power and shifts like dream. Now in case you may not know some on the specs and history, the 1984 G.T was the first year of the roller motor,which helped the power on these cars a lot, but they were still only rated at 175hp232tq. Well this one, I think and I have been by others who have rode in it said it feels like a factory freak (as they say). For some reason this car is really fast, and feels like its putting out a way more HP and TQ.

Every single option on thiscarworks as it did the day it left Ford..... Such as:Power Top, Power Windows, Premium Sound System/with Pull Amp, All the Gauges, Lights, Everything work beautifully. At night the gauge cluster lights are so bright red and clear, it reallyfeels like you're driving a brand 1984 G.T. down the road, It's a trip.

The Original Paint looksamazing; The Original Interior looks like it just came off the showroom floor, The original Wheels have no curb rash, no pitting, nothing, They look likebeautiful !!

I wouldeasily say this car is in"MINT CONDITION" and I don't say that lightly. There are no dents, no dings, no scratches, and no rust anywhere, It'smechanically sound as they come,and runs like a scalded dog..lol I would trust this car right now to go on a 2,000 miles road tripwith no problems at all.

The first person with $16,300 will own this amazing piece of history that is very worth owning because of its all original, beautiful condition. Whoever gets this car will not be disappointed I promise youthat!!!!! Bid or buy with totalconfidence. I don't have a 100% rating here for no reason. 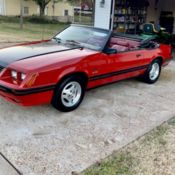 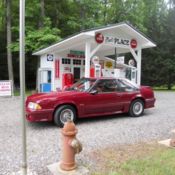 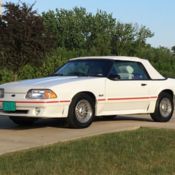 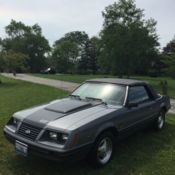 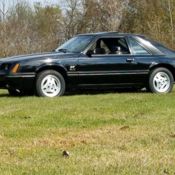 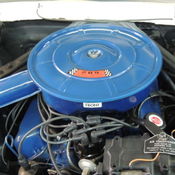 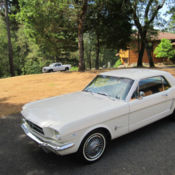 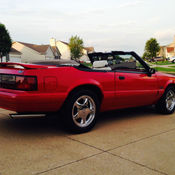 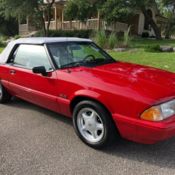 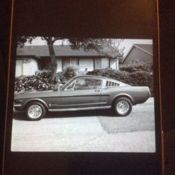