This is a 1992 Ford Bronco Nite edition. I bought this out of charrity for a health failing couple. I'll more than likely address a few issues prior to letting it go to the next owner. The interior is ok but fair. It has 4.56 gears with lockers. I'll have the diff. fluids changed. The Bronco has quad shocks in front with limiting straps. It orignall had a 302 in which he switched to a 351. I'll have the transmission flushed with a filter change as well. I've driven this beast about 9 miles. It's noisey (exhaust) and some irregular wear of the 4 year old tires. It has extended front arms. The exhaust is tucked up within the frame rails. The classic 15x10 Mickey Thompson wheels need polish( even though they have some rock( road) rash on the outer rim on 2 wheels.The Bronco definitely needs some body/ paint help. This ain't no trailer Queen. 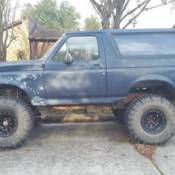 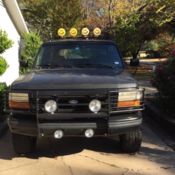 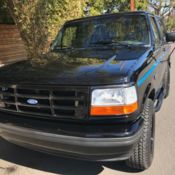 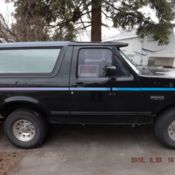 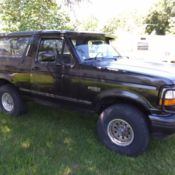 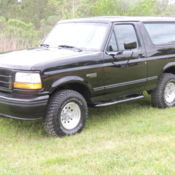 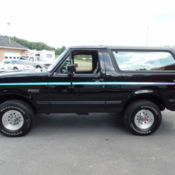 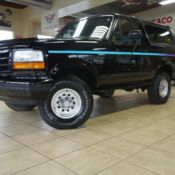 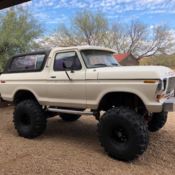 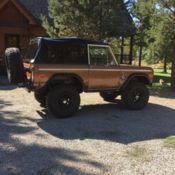