Field find 1953 Ford F100 pickup truck. This was the 50th anniversary year of Ford. Clear TX blue title in my name. I'm the second owner. The truck has always resided in Texas. In my opinion, it's a good solid start to a project.
I bought the truck almost exactly one year ago with the intention of making it a father/son/daughter project and we haven't touched it. It's time to pass it on to someone who will do something with it.
As you can see from the photos, it is a full scale project. It'll need rust repair in areas and restoration or replacement of most major components to get it running and driving. I have not attempted to start the truck. The previous owner did have a gas can rigged up to drive around his property, but that was 15+ years ago. Currently the brakes are shot and the pedal goes straight to the floor. I don't have the original wheels, but I do have the hub caps. They're in the same condition as the truck, which is too say they're covered in surface rust. The mileage on the truck is exempt in TX and there is no way to tell the actual mileage of the truck. Please ignore the data in the "mileage" field of the listing. I have tried to show the worst of the rust issues in the photos. The hood is pretty bad off. Lots of rust in the sides, near the cowl and on the front edge (easily seen in photos).
The truck comes with a rebuilt (long ago) OHV 215ci. straight six-cylinder and column-shifted three speed trans.
If you have any questions, please feel free to message me. The truck is located in Brenham, TX, which is 75 miles form the heart of Houston and 90 miles from Austin. The truck will need to be picked up in Brenham, as I don't currently own a trailer to deliver. 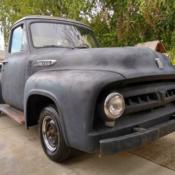 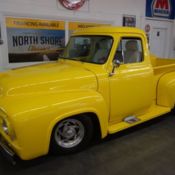 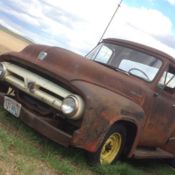 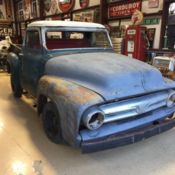 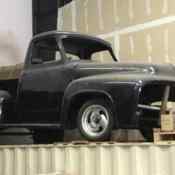 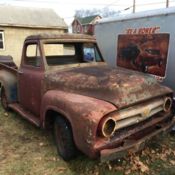 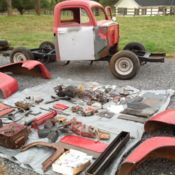 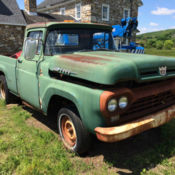 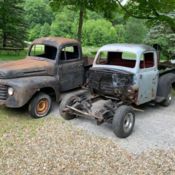 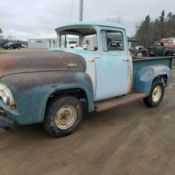