1970 Mach-1 351 Cleveland with Shaker Hood
This car was built in the Dearborn, Mich. Plant and shipped to the ordering dealer in Milwaukee where it was sold. The car did not move very far away, only about 30 miles to Union Grove, Wis. where I purchased it from a man who identified himself as being the 2nd owner, in Aug. of 2018. He told me that he was a friend of the original owner who had died some years earlier. I was told that after the 1st owners death just after 1994 that his wife had put the car in storage for about 18 years. That his friend's wife had finally decided to sell the car, he had acquired it, gotten it into running condition and was selling it.
As is often the case with a car that has been stored for an extended amount of time a lot of the mechanical systems needed repair or at least some TLC. Except for one repaint in 1994 by the original owner prior to coming to Charlotte, NC for the 50 Year Mustang Celebration, and a Cam & head swap (to Ford 4V heads) done by the 1st owner, when I got it this car was was what lots of people refer to as a "survivor".
When a car sits up for long periods of time it is hard on several systems. Because of the very low mileage 38K when I bought it, the hard parts were and are all still in great shape. I have found No Rust nor any sign of rust repair. It is the soft parts the rubber hoses and fluid items that are really effected by sitting and time. Since I have owned it in the last 14 months or so I have redone the brake system from the master cylinder back, including stainless steel lines, calipers, pads, rubber hoses, wheel cylinders and shoes. The rotors and drums were turned and all the wheel and axle bearings replaced. I found the gas tank to be corroded and replaced it along with rubber lines, filter, and fuel pump. After just a few miles the transmission started to act up so I removed it and had it totally rebuilt with heavy duty clutches and band. I replaced the open 3.25 rear gear with a New Posi Track and a 3.50 gear set for a little more off the line motivation.
I replaced the AC Comp., condenser, hoses, dryer, expansion valve and evaporator and converted it over to R134. For performance and personal preference I installed an Edelbrock Performer Intake, 750 cfm Holley carb,, Ceramic Coated long tube headers, 2.5" Aluminized Exhaust with an H-pipe and 3-chamber Flow Master Dealt Flow Mufflers. Sound inside has been improved with a modern quality Old Look radio 4x40 watts, and input from a thumb drive or blue tooth, dual speakers front and rear.
If you have any questions about this car, please do not hesitate to contact me and ask, I have nothing to hide. 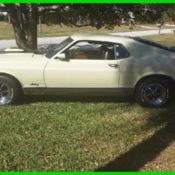 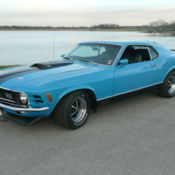 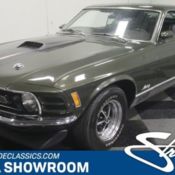 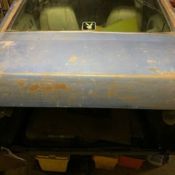 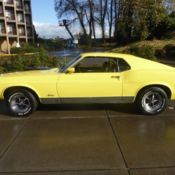 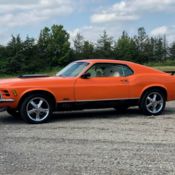 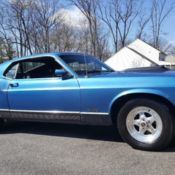 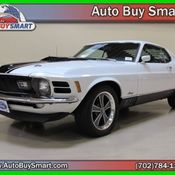 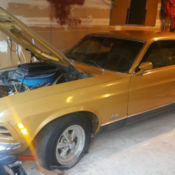 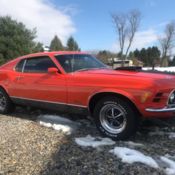