THIS IS ONE OF THE FINEST EXAMPLES OF FUN AVAILABLETHIS IS A 1966 MUSTANG SPRINT 200HERE IS THE SKINNY ON WHAT A SPRINT 200 IS:Midway through the 1966 model year, ord introduced the Millionth Mustang Sale featuring the limited-edition "Sprint 200" package. This promotion was created due to the overwhelming demand for the 289 c.i.d. V8 which Ford couldn't produce enough of. What Ford was not running short of however, as the 200 c.i.d. six cylinder; a direct result of the dismal sales of the newly-redesigned Falcon for 1966 (which also used the 200c.i.d. inline six as its standard engine). The Mustang "Sprint 200" was a Ford marketing program that would avoid production slowdown by shifting demand to the readily-available six cylinder engine. The stock 200 six was dressed up with a chrome air cleaner, pecial Sprint decal and a chrome oil-filler cap. Two transmission packages were offered; "A" cars having a manual transmission and "B" cars havingC4 automatics. It is estimated that of the total number of "Sprint 200" Mustangs built in the 1966 model year that 75% of them were package "B". Further no cost enhancements would be made both in the interior as well as the exterior.The following options were included with the "Sprint 200": Center floor console, ainted side accent stripes, eletion of the chrome rear quarter ornaments and a set of deluxe 48 spoke, lue center wire-style wheel covers.The Sprint name was rarely used in Ford advertising; the package was advertised as the "Millionth Mustang" or "Limited Edition" Mustang Sale. Convertibles and fastbacks were offered under these promotions as well, ut their availability was not heavily advertised and the majority of the 200 Sprints produced were hardtops. While most Mustangs with the Sprint 200 package were primarily sold in the early months of 1966, ome were built as early as November 1965 and some as late as August 1966.WOW, OME INTERSTING STUF, UH?SO HERE IS THE CARIT IS A SPRINT 200RED WITH BLACK INTERIOR AND A WHITE VINYL TOPTHIS CAR IS GORGEOUSTHIS CAR CAN BE HAD FOR THE INCEDIBLY LOW PRICE OF$16,995.00*(* PLUS $249.00 DEALER FEE AND STATE/LOCAL TAXES AND LICENSE/REGISTRATION FEES FOR BUYERS HOME STATE)SERIOUS INQUIRIES ONLY PLEASE !LOOK HERE FOR OVER 80 PICTURES: http://www.handycars.com/Used-1966-Ford-Mustang-SPRINT-200-St-Albans-VT/vd/30652216 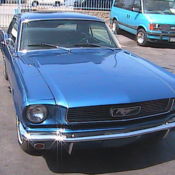 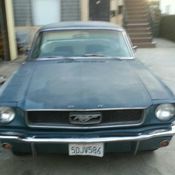 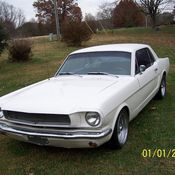 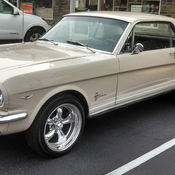 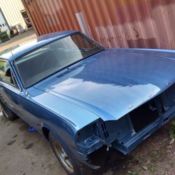 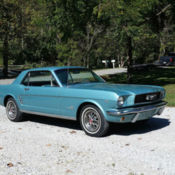 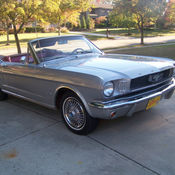 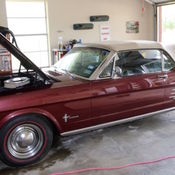 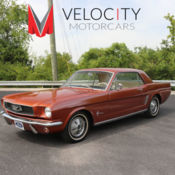 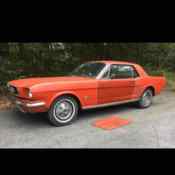