1985 Ford Mustang GT 5.0 5spd Convertible
Extremely nice shap, garaged since ne, no rust. Always used as a secon, fu, show type car. Factory 5.0 with Holley 4bbl.
This car was featured in Mustang Enthusiast Magazine January 2007. Also featured in Mustang& Ford Magazine on the cover March 2009.
The car has won numerous top awards over the years (1st place at Carlisle Ford National 200, Top 5 Award at All Wheels Nationals 200, many awards of excellenc, best engine compartmen, etc, etc.)
Former show car with lots of chrome platin, powder coatin, high quality detail work through out the whole car. The car had one complete repaint base coat / clear coat in 199, as the owner wanted the depth of clear coat paint when doing car shows. When it was painted all of the emblems were replaced with NOS Ford. The wheels were also replaced with NOS Ford and new Goodyear eagle tires. Convertible top was replaced at the same time. The car shows very wel, it does have a few small stone chips along the front edge of the hood and some paint chips on the edge of the fender which have all been touched up with the correct Light Regatta Blue touch up paint. The car also has a Sony CD stereo and upgraded speake, it is originally a radio delete car from Ford.
The car run, drive, and performs well. No issues. The only performance modifications from new are a set of polished underdrive pulleys and Vortex high flow mufflers. Lots of recent service work including new intake manifold gasket, valve cover gasket, thermosta, heater cor, hose, bel, all tune up part, motorcraft rear shock, brake servic, etc. Also all fluids were changed (engin, transmissio, and rear differential).
This car is 1 of 187 built in this color/ interior configuration. I also have all of the documentation from ne, detailed service record, original dealer window sticke, owners manual, car fa, and a Marti report for the car.
Please be serious and capable of purchasing the car. Any questions or concerns - call John 781-910-3725 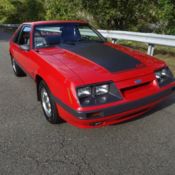 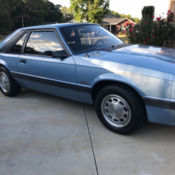 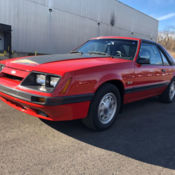 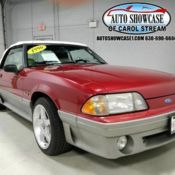 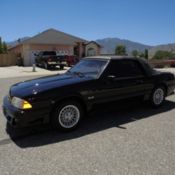 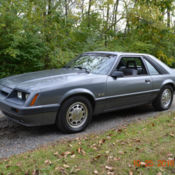 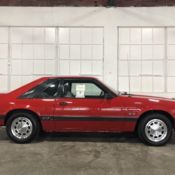 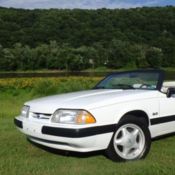 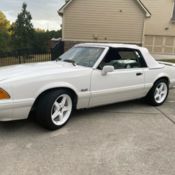 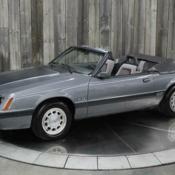