The great thing about vintage Mustangs is their ability to be all things to all people. This intimidating 1967 Ford Mustang Restomod has a brutal look that comes from its combination of monochromatic exotic paint and heavy-duty hardware under the skin. The fuel-injected 3.8L V6 under the hood delivers on the promises made by the car's look and it's nicely outfitted with options like A/, power four wheel disc brakes, and power steering. Fully refinished only... 3,109 miles ago, this anthracite coupe has a heavy-duty look that's not just an illusion. Professional workmanship shows throughout, from the laser-sharp ghost stripes on the aggressive dual-induction hood and trunk to the high-gloss Lamborghini Gregio Titan Gray finish that shows off the coupe's bodywork to great effect. You can see the care that went into it by the razor-sharp crease running along the sides and the nice gaps throughout, and in a world where everyone has a red Mustang, this one will always stand out. Shelby fans will recognize the center-mounted driving lights, which are fitted to a blacked-out grille that really transforms the look of the familiar Mustang coupe. Slick matte black painted bumpers and trim complement wonderfully with the gray paint and maintain the traditional pony car look, albeit a much more aggressive one, thanks is large part to the oversized chin spoiler up front. The interior is a combination of standard Mustang fare and a few choice upgrades, which means sporty buckets, a slick Ididit steering wheel mounted to a black powder-coated Flaming River tilt/telescoping column, and some of the most attractive Dakota Digital gauges we've ever seen. New seat covers replicate the factory patterns and materials and match the door panels, carpet, and dash which are equally new. A taut headliner and correct carpets help with the OEM look and we like the industrial-strength look of the automatic transmission shifter sticking out of the transmission tunnel when juxtaposed against the supple middle console. This car has modern A/C, too, which is always a welcomed option that's been augmented with a compact compressor and R134a refrigerant so it works properly today. The original AM radio is long gone, replaced instead with an AM/FM/CD/AUX head unit that controls the powerful speakers inside the cabin, and ambient LED lighting and a blacked-out trim kit (powder-coated door and window handles included) are a few more custom touches inside this sinister 'Stang. Even the trunk is fully finished with black carpeting and despite the relocated battery box, there's still plenty of room inside to accommodate most travel plans. The hardware is where this car really shines, and it's a lot more than just a set of wheels that make it special. The 3.8L V6 from a 2001 Mustang is cool swap, and seeing as how it only has approximately 40k miles on it, it has plenty years ahead of it to impress everywhere it goes. A detailed and organized clean engine bay, a custom ram air injection system, and a Painless PowerBraids cable, line, and hose dress-up kit add an awesome touch without distracting from the car's Mustang DNA. It's backed by a 4-speed automatic transmission and a heavy-duty rear end that are tough enough for the engine's output. And it sounds fantastic exhaling through shorty headers that feed a dual exhaust system with Flowmasters and dual cats that dump just below the rear valance via satin black exhaust tips. There's also a modern front and rear end, front and rear suspension, pressurized electrical fuel system, 4-wheel power disc brakes with an ABS system, power steering, and KYB front struts and rear shocks. Believe it or not, there are a lot more goodies that we simply just don't have the space here to fully list, so give us a call and we'll tell you about all the ways this Mustang kicks butt and takes names. Those big VSR 18-inch wheels finish off the restomod look perfectly and are wrapped in staggered 225/40/18 front and 255/40/18 rear Yokohama performance radials. Beautifully built and well-sorted, this '67 Mustang coupe keeps everything that makes vintage Mustangs great and adds some smart upgrades that make it a blast to drive. Call today! 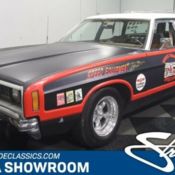 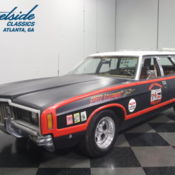 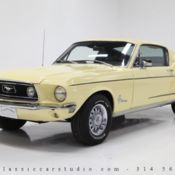 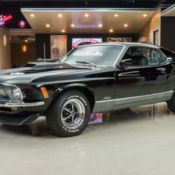 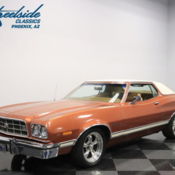 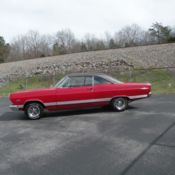 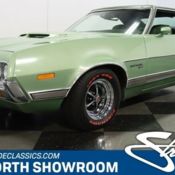 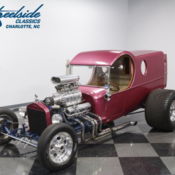 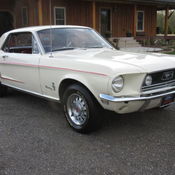 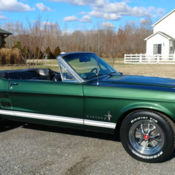