View our eBay StoreSign up for our Email Newsletter
1966 Ford Thunderbird Q Code Convertible Offered as a buy-it-now. Make us an offer!

This exceptionally rare and original car was purchased by the previous owner in in 1972, has been kept in climate controlled storage in California, and used sparingly over the ensuing years. Since we acquired the car we have had the brake system, Fuel system, and ignition systems overhauled, a new heater core installed, and a new top installed. We have the original bill of sale. The car was special ordered with candy apple red paint, and it appears it has had a later respray in more of a straight red. Featuring A/C, reclining passenger seat, AM/FM radio, and swing away steering wheel, this very rare car is pretty well equipped.
The Jet Birds are really coming on value wise and are truly a time piece that perfectly personifies the mid 60's. Q code Convertibles are extremely rare and I doubt you will find one that has had the excellent care this car has had its entire life.

We have many more photographs of this car, please click on any image to be taken to our full-size image list!
The Ford Thunderbird is an Iconic car...no collection is complete without at least one. Three men are generally credited with creating the original Thunderbird: Lewis D. Crusoe, a retired GM executive lured out of retirement by Henry Ford II; George Walker, chief stylist and a Ford vice-president; and Frank Hershey, a Ford designer. Crusoe and Walker met in France in October 1951. Walking in the Grand Palais in Paris, Crusoe pointed at a sports car and asked Walker, 'Why can't we have something like that?'
Walker promptly telephoned Ford's HQ and told designer Frank Hershey about the idea. Hershey took the idea and began working on the vehicle. The concept was for a two-passenger open car, with a target weight of 2525 lb, an Interceptor V8 and a top speed of over 100 mph. Crusoe saw a painted clay model on, which corresponded closely to the final car; he gave the car the go-ahead in September 1953 after comparing it with current European trends. Unlike the Corvette, the Thunderbird was never a full-blown sporting vehicle; Ford's description was personal luxury car, and the company essentially created this market segment. There was some difficulty in naming the car, with suggestions ranging from the exotic to the ridiculous (Hep Cat, Beaver, Detroiter, Runabout, Arcturus, Savile, El Tigre, and Coronado). Crusoe offered a $250 suit to anyone who could come up with a better name. Stylist Alden "Gib" Giberson submitted Thunderbird as part of a list. Giberson got the idea from the Native American image on a coffee cup he had received as a child while living in Los Alamos NM, which he kept on his drafting table at Ford. Giberson never claimed his prize, settling for a $95 suit and an extra pair of trousers from Saks Fifth Avenue. According to Palm Springs Life magazine, the car's final name came not from the Native American symbol as one might expect, but from an ultra-exclusive housing tract in what would later be incorporated as Rancho Mirage, California: Thunderbird Heights
The car was shown at the Detroit Auto Show in 1954. The first production car came off the line in September, 1954, and went on sale in October as a 1955 model, and sold briskly; 3,500 orders were placed in the first ten days of sale. Ford had only projected building 10,000; eventual 1955 sales were 16,155. Although the original Thunderbird was successful, the corporation's executives -- particularly Robert McNamara -- felt its sales volume was small. Market research suggested that sales were limited by its two-seat configuration, making it unsuitable as an only car for families. The second generation, introduced for the 1958 model year, was designed as a four-seat car.For 1964 the Thunderbird was restyled in favor of a more squared-off, "formal" look. The Thunderbird's sporty image had by that time become only an image. The standard 390-cubic-inch 300 bhp engine needed nearly 11 seconds to push the heavy T-bird to 60 mp, although with enough room a top speed of about 120 mph was obtainable. The softly sprung suspension allowed considerable body lean, wallow, and float except on smoothly surfaced highways; there was an export suspension package available as special order. Contemporary testers felt that the Buick Riviera and Pontiac Grand Prix were substantially more road-able cars, but the Thunderbird remained the leader of the market segment.
The revised model was initially offered as a hardtop, a convertible, or Landau, with vinyl roof and simulated landau irons. Several features intended for the new generation were delayed until 1965, when front disc brakes became standard equipment and sequential turn signals were added. Our Ebay Policies:
Significant Cars is one of the largest Collector Car Brokers and Dealers in the Country. Since 2003 we have worked hard to "change the way collector cars find new homes" by providing unparralleled web presentation of the cars we are representing. Most of our cars have over 30 photographs, and these can be viewed by visiting our website (our eBay handle dot com), or by clicking on any of the photographs in the black background area of our EBay listings. We welcome your call with any questions about any of our listings at anytime at 800-837-9902 and certainly encourage your personal inspection of any of the cars we are selling-just call us and we will be happy to set up an appointment for your to see and test drive the car.
We realize that eBay is a difficult venue to properly evaluate an item as complex as an automobile. You can feel secure bidding with confidence on any of our cars since we guarantee your satisfaction! Should you win the auction and come to see the car and decide you do not want it for any reason, no negative feedback will result, any deposit you may have paid will be cheerfully refunded.
Description images and copy © 2004-2014 Significant Cars, Inc. 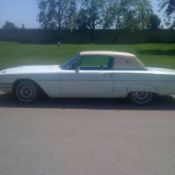 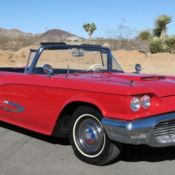 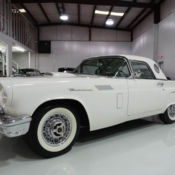 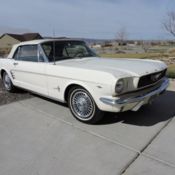 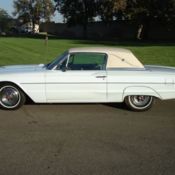 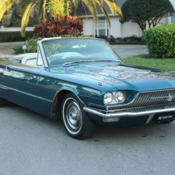 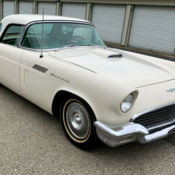