This is a 1993 F250 (122,000 Miles) that was built in 2016 with many major upgrades I used it as a daily driver for about a year with zero issues out of it. Truck drives great and is strong. Gets lots of attention and compliments everywhere it goes. Below is a list of in depth mods for this build.
Paint & Body.Paint was completed in June of 2016 and is a Ford factory color. The bed was removed so that everything color matches properly along with the doors and tailgate and underlings.The truck is completely color matched, this includes door jams under the hood, front and rear bumpers etc.
Bumpers.Move Custombumperswere installed on truck and were welded buy us toensurea perfect fit. Once welded and installed the bumpers were smoothed and prepped for paint. Asyoucan see both bumpers front and rear are color matched. Custom bumpers are very rarely seen on these OBS Trucks due toavailability and price.
Engine &Transmission, PerformanceTruck has original 351 Windsor engine. Starts right up, does not smoke or have any mechanical issues. Truck has long tube headers for extra torque and a cold air intake. A tune up was done 8k miles ago which included all regular maintenance. Transmission is a E4OD with a new torque conerter Valve body/Shift kit this was done in 2015. This was added so that the transmission would last a long time and not have slow shift issues that can cause issues for the E4OD.
Wheels Tires,Truck has 8 lug 20x10 Fuel Assault wheels with Toyo 35x12.50-20 tires on all 4 corners. Tires have roughly 7k miles on them and are in like new condition. Truck has a 8" lift in front with a 6" in rear
Suspension, AxlesTruck has a 8" lift in front with a 6" lift in rear. Fox 2.0 shocks on all 4 corners and leaf springs all the way around. Suspension isextremely tough with ithaving leafs. In October of 2016a Dana 60 swap was installed to replace the Horrid TTB-50 front end. Rear Axle is a Sterling 10.25". Both axles were completely rebuilt by Dallas Differential and new 35 Spline drive shafts were installed along with all other axle components and seals. Yukon parts were used whenrebuilding these axles and Yukon 4:88 gears were installed in both front and back. A MagHytec diff cover was installed on the front Dana 60 axle. The front axle does have manual locking hubs. 4 wheel drive works flawlessly in both Hi & Lo. There is roughly 5,000 miles on these axles since rebuild. One last thing a PMF Trackbar and bracket were added to the front axle to add more stability along with F350 calipers & rotors. Total cost for axle builds including including price of the Dana 60 was $5,700
LED LightsThe Led lights on this truck are amazing. It has twin 52" OBI Led bars in front mounted to a custom fabricated PMF led mount hanger. Also 4 2x2 cubeLeds are mounted in the front bumper along with 2-2x2 cubes in the rear bumper. All LEDs have independent switches that can be controlled inside cab and were custom wired for a factory look. The frontheadlights are a HALO styleheadlight with an LED upgrade.Reartailights have also been upgraded LEDs also. Estimated Lumen output with all front LED and headlights on is about 60,000 Lumens. It is without a doubtextremely bright. I have not seen another truck brighter.
InteriorTruck has a leather bench seat with fold down middle section with drink holders. Also, it has air Lumbar support that fully functions. New power window motors were installed in 2017 as well along with power locks and a manual sliding rear window. Brand-new headliner and abrand-new factory fordsteering wheel with fully functioning cruise control were also installed in 2017.
StereoSingle din pioneerheadunit, SKAR audio door speakers, Alpine amp with a Kicker 10" sub.
HornTruck Has an Omega Big Train horn kit with Air compressor. I have a switch wired to it where you flip theswitch and it goes from factory horn to Train horn and is still activated normally on the steering wheel.
SecurityViper remote start alarm with incident transmitter that notifieskey fob. Keyfob also locks and unlocks doors.
AC/HeatNew updated AC was installed in 2018. Takes modern vehicle freon now instead of the old outdated freon that costs 75 bucks a pound. All maincomponents were replaced for this AC conversion. Heat works well as it should.
Inside BedToff spray in bed Liner.
Payment & ShippingHave Texas Blue title in hand. You can pick vehicle up in person or have truck transported at your expense. Balance must be paid in full with cleared funds beforevehicle is released. As the seller I reserve the right to end this listing at anytime. Truck is used condition with no implied warranty. Truck is sold as is. Location of vehicle is Dallas Texas 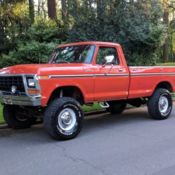 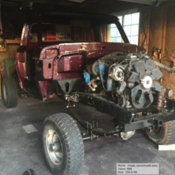 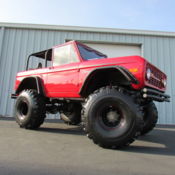 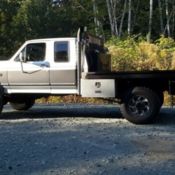 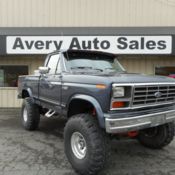 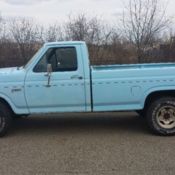 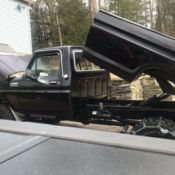 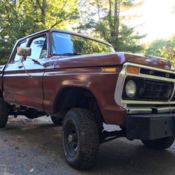 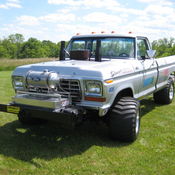 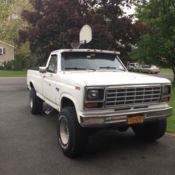