A Tribute to the 1st1993 Saleen SC Mustang

If you like I was, looking for that one of a kind Mustang that would stand out in a crowd wherever youdrove it, check out this unique Saleen tribute Mustang built by the father and son team at Southern Classic Trans Ams. I (Ben Webb) have always had a love for the earlier Mustangs and the Saleen Fox Body stood out as the one I wanted to own and drive. With some assistance from my father and the use of our TA facility, another dream come true, work of art was created by us.
The starting project or foundation for this build was purchased about 5 years ago. It was a 1992 that had the 331 stroker engine in it so was a great platform to build from. Mechanical upgrade work was done first with the Vortech super charger being added. With the increased tq and hp created from the supercharged engine (468hp/429tq dyno measured at rear wheels), the manual trans was upgrade to the 5 speed Tremmic TKO 600. Behind the transmission, an aluminum driveshaft was installed. In the differential, 3.73 performance gears were installed. With the combined modifications, tire smoking ability is easily obtainable by simply pressing the throttle to the floor - even while cruising in 2ndgear!

The color change painting of the body was done to a high quality level in a single stage urethane for both the yellow and the matte black. Countless hours were required to dismantle the body and attach it to a partial rotisserie so that the painting of it could be done to this level. As shown in the last picture, every last nut and bolt was removed for spraying the front engine area. We do have additional pictures of the painting process that could be supplied to you if wanted.
After the body was completed, the Saleen tribute look continued with the adding of the '92 Saleen decals. The new wheels were also powder coated to replicate what Saleen had done in the early 90s.
A special Mustang to me and the only reason for offering this one for sale is so that I can turn my attention to a '98 Chrome Yellow Saleen Mustang #103 that I recently purchased. It too will be upgrade with a supercharger and have the paint freshened up on it to bring it to the level of my '92 tribute. Both beautiful work of art Mustangs!
Should you have any questions, message me through eBay or check out our Trans Am Facebook site (Bill Webb Southern Classic Trans Ams) to seemany more pictures about the build we did on it starting in January of 2018. 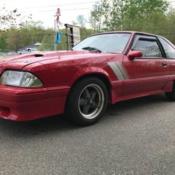 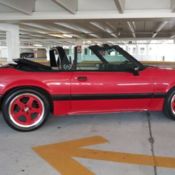 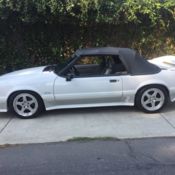 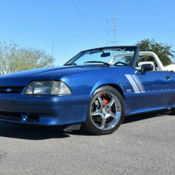 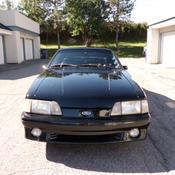 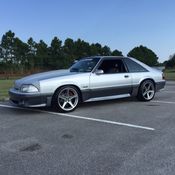 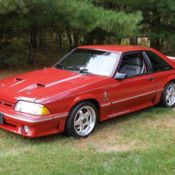 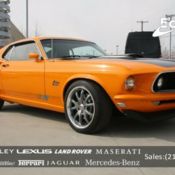 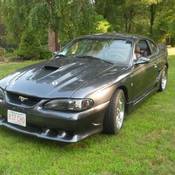 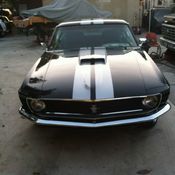