GR Auto Gallery is pleased to present this authentic '68 Mustang GT California Special. Anyone familiar with the Mustang brand can tell you the '60s GT CS is one of the most desirable and hard to find models out there. This brilliant example shines brightly with a clean Red paint job that is complimented by a spotless black interior. Powering this pony is Ford's iconic 289 V8 mated to a C4 automatic transmission. Features of this magnificent mustang include power... front disc brakes, power steering and working heat. Additional upgrades include a Edelbrock 4 barrel carburetor, Manifold, Magnaflow exhaust, New Borgenson power steering pump and a new water pump. The California Special Mustang has always been a real head turner. But they have been getting increasingly harder to find. Don't miss your opportunity to own this one, because you may never get another one. Please call or email us today for more information. When Ford introduced the Ford Mustang in 1964 and instant love affair with the American Pony Car was born. The mustang was smaller, lighter, and more nimble that any American manufacturer had produced thus far. This coupled with its fresh design, the Ford Mustang became a must have among the American public. 1967 marked a pivotal year for the Mustang, as this was the first time since the first generation made its debut that vast changes were made to the Mustang. Making it larger and having many more engine options than before. It also eliminated some things that did not make sense. 1968 was just the same and by this point, Ford had found the next best thing and had very little for competition comparatively. In mid-February 1968, the California Ford Dealers (Ford Dealer Advertising Fund) began to market a factory-built, limited-edition Mustang, called the GT/CS, or "California Special". The hope was for a targeted production run of 5,000; however, only 4118 were made, including 251 units that were remarketed in Denver, Colorado, as "High Country Special '68". Production ran for only 5.5 months from mid-February 1968 to early August 1968. 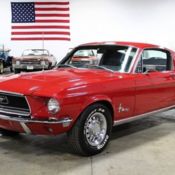 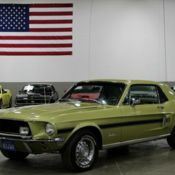 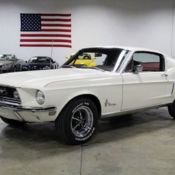 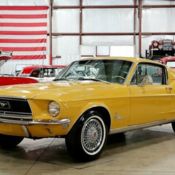 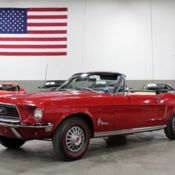 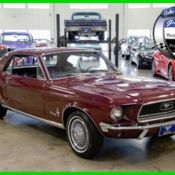 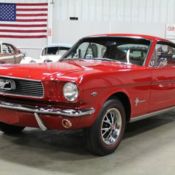 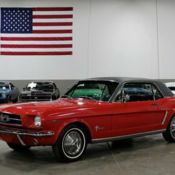 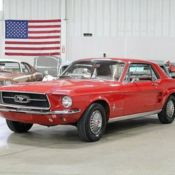 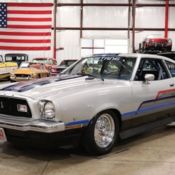