We are pleased to offer this 1955 Ford Thunderbird Convertible for purchase. The Thunderbird was a rushed development in response to the Corvette, but then ended up as a personal luxury roadster instead. The first year (1955) Thunderbird was a tremendous success selling 16,155 cars compared to just 700 Corvette's sold. The Thunderbirds were marketed towards their features rather than performance despite having a 292 cu in V8. The 1955 to 1957 years were just 2-seaters and remained that way...until 2002 (which were modeled after the 1st generation Thunderbirds whom many believe are the pinnacle of the line). The car offered here is a very straight forward, running and driving example that has been well kept, never taken apart, received paint and attention over the years, and retains an excellent core structure. It retains its original factory original color of Raven Black, the interior was reupholstered some time ago in coordinating black and white vinyl, with white factory hard top and soft top. This is a Texas car that retains a very original and very good core structure as the frame and underside appear very original with the exception of serviceable items and new fuel tank. The car is powered by its factory 292 V8 engine, automatic transmission and rear wheel drive. Features included: Bench seat, wheel covers, fender skirts, signature through bumper exhaust, power steering, power windows, upgraded radio, assembly manual, floor shifter automatic, etc. This 55 T-bird is a runner and proven driver and is ready for immediate enjoyment. 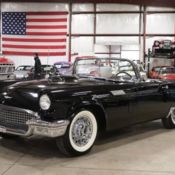 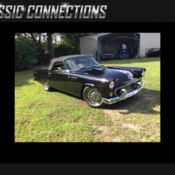 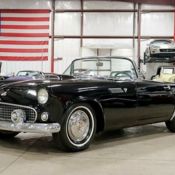 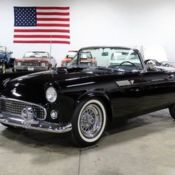 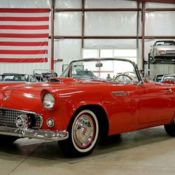 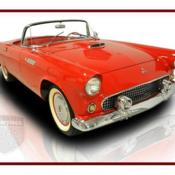 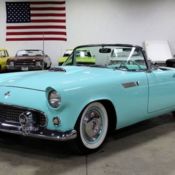 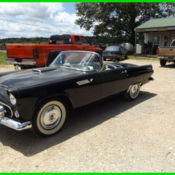 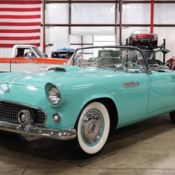 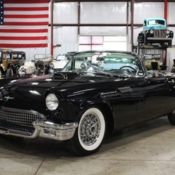