Check out this absolutely gorgeous 1967 Ford Mustang Fastback, S-Code 390, 4-Speed, Two owner car that has been professionally restored to its original specifications utilizing better then factory workmanship. It was completed to the exacting specification that the car was delivered new. The second owner of this beautiful, and rare 390 4 speed car is very close friends with the original owner. The original owner was thinking he would restore the car and add modern elements, until he sold it to the second owner who decided to have it restored exactly as delivered.

This Mustang Fastback was restored by Desert Classic Mustangs in Tempe Arizona. The restoration was completed in 2017. This is a very fresh and accurate build. All of the receipts from the build that detail the hours as well as the items used are included in the sale. Reproduction items that were used came from Scott Drake. Scott Drake is known for much higher quality Ford reproduction parts. If someone wanted to take this to concourse judging status it would not be difficult. Some of the differences between this car and concourse was done for better longevity. An example would be fully painted control arms as apposed to bare metal. Most of what would be needed would be stickers, small grease and paint marking. The restorer is very proud of this car. He feels it is one of the best restored, and driving Mustangs he has worked on. The carburetor and air cleaner are the correct date coded items as is the original radio and speaker that have been professionally rebuilt. The sheet metal is original with the exception of the drivers front fender. The engine block is period correct, and date code correct. It has been built to original specs by Automotive Machine of Scottsdale, AZ.

This Mustang S-Code was originally ordered new by the owner of R & M Ford Sales in Willcox, Arizona to give to his son. This was a very small town dealership. When the car arrived, the son had already decided on another car. The dealership owner placed it out on the front line for sale. Luck would have it that the first owner would be driving by in his ailing 1956 Ford when the Brittney Blue Mustang caught his eye. He worked directly with the dealership owner on the sale. Remember this was a small dealership where the owner was the salesman. He actively used the car until 1986 when he then stored it away. The car was kept in his possession until 2017 when he sold it to the second owner.

In March of 2017 the Mustang was a bit taken apart when the second owner had it brought to his home in Phoenix. The decision to what to do with it next is an interesting one. He is a guy used to modern high end cars. A classic Mustang was a bit out or character. He could build an Eleanor Clone, or create a modern masterpiece with a fuel injected modern motor and drive train. What he did was a true testament to being a car guy. To honor his friend, and first owner, he used his money to make the car exactly as the first owner had purchased it. Over one year, and $125,000 plus dollars later, this Mustang is by far one of the nicest highly restored S-Code's on the planet. This is one amazing Ford Mustang Fastback S-Code any collector or enthusiast would love to own. It will not last long, so call us today!

Go to www.vanguardmotorsales.com to see over 100 HD photos and our in-depth video for this 1967 Ford Mustang Fastback S Code and over 200 other classics! 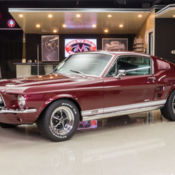 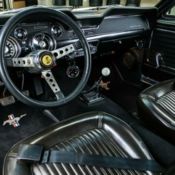 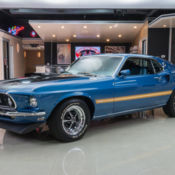 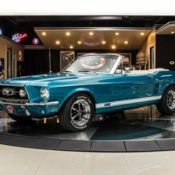 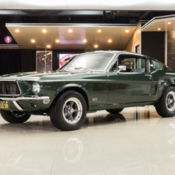 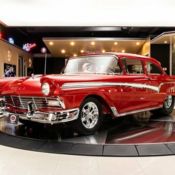 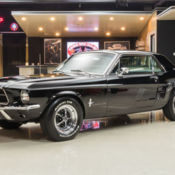 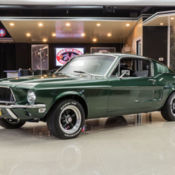 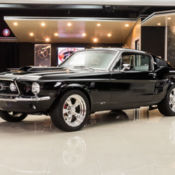 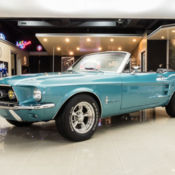