"Who wants to ride in the Rumble seat?!" Everybody does, that's who! When any Model A goes driving by, it brings a smile to people's faces. If it's a Coupe with a rumble seat, you may notice a certain longing in their eyes too. This car has had a full nut and bolt restoration with a 12-volt electrical system that makes starting easier and the lighting better so it easier to enjoy taking out to play with. And it's got a rumble seat. This is the car many people say they want. No, they don't say they want a Model A, they say they want a car that is easy to get in and out of. One that has good visibility so they can see the road and surrounding traffic. One that is simple, without all the bells and whistles todays cars are packed with. A simple little 4-cylinder stick that gets good gas mileage and for goodness sake, can we get rid of all those computers? Well, yes we can. They built the car those people are asking for in 1931. This one is nicely restored and presented in its factory original colors of Kewanee Green with Elkpoint Green complimenting it on the roof and accent lines running forward and back. The chrome has all been replaced. It looks extra sharp on the deluxe cowl lights as well as on the radiator surround, door hardware and taillights. The fenders and running boards are black and then there are those lime green wire wheels adding a splash of flash. The interior of this car was completely refreshed during restoration and is near perfect. It is trimmed in the original color Green cloth and looks stunning. Step in easily through that big door and sit down on that pleated and buttoned bench seat. It is gorgeous and it is comfortable. There is a four spoke steering wheel that is classic Model A and a stick shift on the floor. An aftermarket turn signal kit is mounted to the steering column which operates more easily than the original unit. The ignition switch and gauges are mounted in a chrome panel with the speedometer at the bottom and an amp gauge on the right. The fuel gauge at the top is actually adjustable! The fuel tank is just behind the dash and you can just bend the float rod until it accurately indicates fuel level. Ever wish you could do that on your modern car? And of course, there is the Rumble seat. Flip it up, load up the kids, and the kids at heart, and go for a ride. Raise both sides of the hood that pivot on the long piano hinge and the engine is fully accessible in all its simple glory. It is a water cooled, in-line 4-cylinder engine displacing 201 cubic inches that generates 128-foot pounds or torque at 1000 rpm and 40 horsepower at 2200 rpm. That is plenty or power to motor this car around local roads and local highways. Fuel flows out of the cowl mounted tank by simple gravity, through a glass fuel filter so that you can easily see if it has dirt in it, and also so you can clean it out if it does. It then flows down to a somewhat unique updraft carburetor. Remember not to touch the exposed spark plug wires while the car is running or it will sting a bit. The transmission is a conventional 3-speed manual transmission that is easy to shift once you get used to doing the double clutch two-step. The suspension is Mono Leaf both front and rear, (years before the Corvette used it!) and brakes are drums at all four corners. Beautifully restored, 12-volt electrical, and a rumble seat. What more could you want? Come on down and check it out. 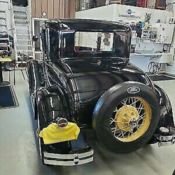 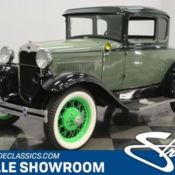 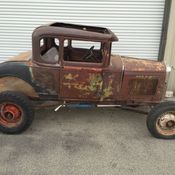 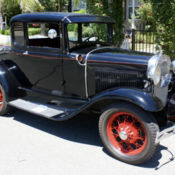 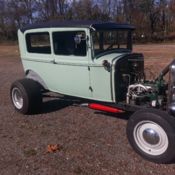 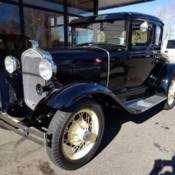 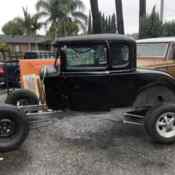 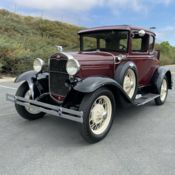 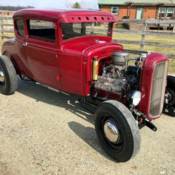 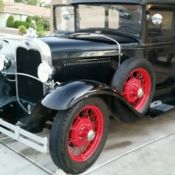