You're going to say WOW about this 1940 Ford 2-door sedan for much more than just the value price. It's a custom street machine that was painted in the '60s, and so the flames are true and not a tribute. But there were also solid investments in the V8 and amenities to let you know this has been a well-respected street machine for many decades. The '40 Ford is sought-after today because we love to turn them into...Â retro-style street machines, but this one is a true original that was already done back in the day. In fact, the consignor had this car for over 30 years, and the previous owner had it for two decades before that. So we can trace the history back to when this was given the cool paintwork in 1968. Those custom multi-tone flames part of the true lacquer paintjob, which means people who know hot rods are instantly impressed. This looks terrific for being a half-century old, but that doesn't mean it's perfect. Instead, the "aged to perfection" appearance is the best conversation starter about how this is one of the few survivors from the original hot rod days. Plus, the details are terrific with solid bodywork and the beefy black bumpers that match the grille and running boards. And the chrome Cragar wheels are staggered 14/15 inches front/rear to add to the aggressive stance. Inside the tan cloth interior is quite inviting. In fact, this is the street machine that will keep family and friends happy with amenities like power front windows, a modern AM/FM/CD stereo, and R134a air conditioning. But this is also a true driver's machine with the Lecarra sports steering wheel on a tilt column. And beyond that is an upgraded set of backlit VDO gauges. You see more evidence of investment under the hood. There's plenty of shine radiating from within the painted engine bay thanks to the valve covers, air topper, alternator, and so much more. Plus, the 350 cubic-inch Corvette motor is a later installation (the odometer reflects the mileage on the engine.) And not only does it look good, but it has all the right upgrades, too. This includes a Holley four-barrel carburetor, Edelbrock intake, upgraded pulleys, electric radiator fan, MSD ignition, and shorty headers that feed the rumbling dual exhaust. Out on the road, you have a Mustang II-style independent front suspension, power steering, front disc brakes, and a three-speed automatic transmission. So this is a true easy-cruising classic. Rarely do you get a chance at a genuine classic hot rod. Not only does this have a great story, but it also has all the right upgrades in performance and comfort. So if you want a total package classic at an unbeatable price, don't miss this deal. Call today!!! 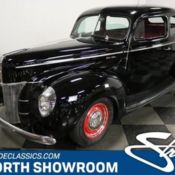 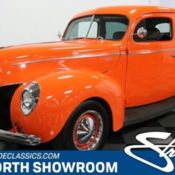 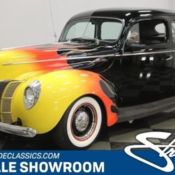 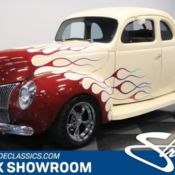 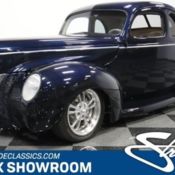 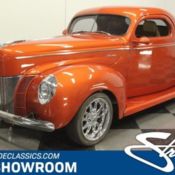 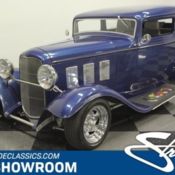 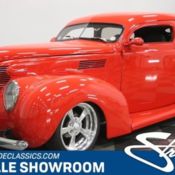 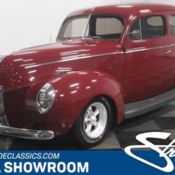 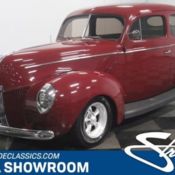