TheFord Model A(also colloquially called theA-Model Fordor theA, andA-boneamongroddersandcustomizers),[2]was the second huge success for theFord Motor Company, after its predecessor, theModel T. First produced on October 20, 1927, but not sold until December 2, it replaced the venerable Model T, which had been produced for 18 years. This new Model A (a previous modelhad used the name in 1903-04) was designated a 1928 model and was available in four standard colors.

Model A production ended in March 1932, after 4,858,644 had been made in all body styles.[5]Its successor was theModel B, which featured an updatedinline four-cylinder engine, as well as theModel 18, which introduced Ford's newflathead (sidevalve) V8 engine.

Prices for the Model A ranged from US$385 for a roadster to US$1400 for the top-of-the-lineTown Car.The engine was a water-cooledL-headinline four with a displacement of 201cuin (3.3l).[6]This engine provided 40hp (30kW; 41PS).[6]Top speed was around 65mph (105km/h). The Model A had a 103.5in (2,630mm) wheelbase with a final drive ratio of 3.77:1. The transmission was a conventional unsynchronized three-speed sliding gearmanual[6]with a single speed reverse. The Model A had four-wheelmechanicaldrum brakes.[6]The 1930 and 1931 models were available with stainless steel radiator cowling and headlamp housings.

The Model A was the first Ford to use the standard set of driver controls with conventional clutch and brake pedals, throttle, and gearshift. Previous Fords used controls that had become uncommon to drivers of other makes. The Model A's fuel tank was situated in the cowl, between the engine compartment's fire wall and the dash panel. It had a visual fuel gauge, and the fuel flowed to the carburetor by gravity. A rear-view mirror was optional.[1]In cooler climates, owners could purchase anaftermarketcast iron unit to place over the exhaust manifold to provide heat to the cab. A small door provided adjustment of the amount of hot air entering the cab. The Model A was the first car to havesafety glassin the windshield.[7]

TheSovietcompanyGAZ, which started as ajoint venturebetween Ford and the Soviet Union, made a licensed version from 1932-1936.[8]This served as the basis for theFAIandBA-20armored carswhich saw use as Soviet scout vehicles in the early stages ofWorld War II.

In addition to theUnited States, Ford made the Model A in plants inArgentina,Canada,Denmark,France,Germany,Japanand theUnited Kingdom.

In Europe, where in some countries cars were taxed according to engine size, Ford in the UK manufactured the Model A with a smaller displacement engine of 2,043cc (124.7cuin), providing a claimed output of 28hp (21kW; 28PS).[9]However, this equated to a Britishfiscal horsepowerof 14.9hp(11.1kW; 15.1PS)[10](compared to the 24hp(18kW; 24PS) of the larger engine) and attracted a punitive annual car tax levy of Â£1 per fiscal hp in the UK. It therefore was expensive to own and too heavy and uneconomical to achieve volume sales, and so unable to compete in the newly developing mass market, while also too crude to compete as a luxury product. European manufactured Model As failed to achieve the sales success in Europe that would greet theirsmaller successorin England and Germany.[11]

From the mid 1910s through the early 1920s, Ford dominated the automotive market with its Model T. However, during the mid-1920s, this dominance eroded as competitors, especially the various General Motors divisions, caught up with Ford's mass production system and began to better Ford in some areas, especially by offering more powerful engines, new convenience features, or cosmetic customization.[12][13][14]Also, featuresHenry Fordconsidered to be unnecessary, such aselectric starters, were gradually shifting in the public's perception from luxuries to essentials.

Ford's sales force recognized the threat and advised Henry to respond to it. Initially he resisted, but the T's sagging market share finally forced him to admit a replacement was needed. When he finally agreed to begin development of this new model, he focused on the mechanical aspects and on what today is calleddesign for manufacturability(DFM), which he had always strongly embraced and for which the Model T production system was famous. Although ultimately successful, the development of the Model A included many problems that had to be resolved.[15]For example, thedie stamping of parts from sheet steel, which the Ford company had led to new heights of development with the Model T production system, was something Henry had always been ambivalent about; it had brought success, but he felt that it was not the best choice for durability. He was determined that the Model A would rely more ondrop forgingsthan the Model T; but his ideas to improve the DFM of forging did not prove practical. Eventually, Ford's engineers persuaded him to relent, lest the Model A's production cost force up its retail price too much.[16]

Henry's disdain for cosmetic vanity as applied to automobiles led him to leave the Model A's styling to a team led by his sonEdsel, even though he would take credit for it despite his son doing more of the work.

It was during the period from the mid-1920s to early 1930s that the limits of the first generation ofmass production, epitomized by the Model T production system's rigidity, became apparent. The era of "flexible mass production" had begun.[17][18]

The Model A was well represented in media of the era since it was one of the most common cars.Model kitsremain available from hobby shops as stock cars orhot rods.

Several Model As have obtained particular fame. The "Mean Green Machine", a green and black 1931 Tudor Sedan, has been a staple ofUniversity of North Texasfootball games and special events since 1974, maintained by the spirit organization Talons since the 1980s. TheRamblin' Wreck, a 1930 Sport Coupe, is the official mascot of the student body at theGeorgia Institute of Technologyand appears at sporting events and student body functions.Ala Kart, acustomized1929roadster pickupbuilt byGeorge Barris, won two straight "America's Most Beautiful Roadster" awards at theOakland Roadster Showbefore making numerous film and television appearances. Between October 1992 and December 1994, Hector Quevedo, along with his son Hugo, drove a 1928 Model A 22,000mi (35,406km) from his home inPunta Arenas,Chileto Ford headquarters inDearborn, Michigan. The car required minimal service, including a flat tire and transmission work inNicaragua, and is now housed in theHenry Ford Museum.[19]

Charlie Ryan's song "Hot Rod Lincoln" featured a modified Model A. The song has beencoveredseveral times since its original release.

Now that we know the history of the model A.

We have here an american legend, the Ford Model A. This 1929 model is in prettygood shape for its age. Retains original leather and wood of the interior. Originalengine and no rust whats so ever. In need of a good paint job and some interior work. Car needs some trouble shooting and restore as it has been sitting for a long time.This gorgeous car would be a perfect car for some advertising, car shows, or a history buff. Comes with original tittle!

Currently in southern Californiaany one is welcomed to stop by and take a look. WE ship through containers every other week and can accommodate any shipping location!Thank you for looking have a blessed day! 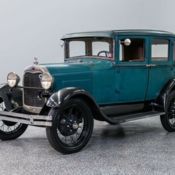 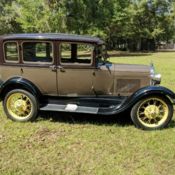 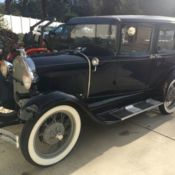 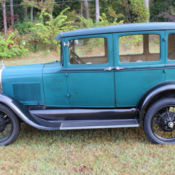 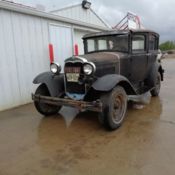 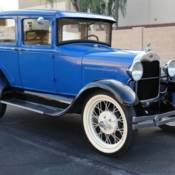 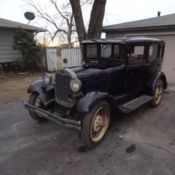 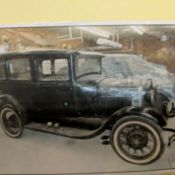 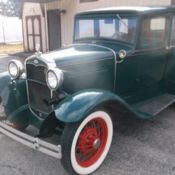 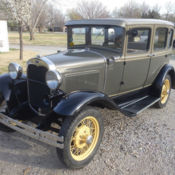