GR Auto Gallery is pleased to present this 1954 Ford Crestline Victoria for your consideration. This particular Crestline has been in the hands of the current owner since June of 1991. With the dependable 239ci V8 tied to the 3 speed manual transmission this Victoria will get you where ever your heart desires with ease. Features include; 12 volt conversion, electronic ignition (replaces points and condenser), original 239ci - rebuilt in 1998, refinished interior - 1996, repainted - 1986, heater,...Â car cover, owners manual, original invoice, wheel covers and more. This is a great running vehicle that presents itself very well inside and out, please call or email us today for more information. The Ford Crestline is an automobile which was produced by Ford in the United States for models years 1952 to 1954. The Crestline was introduced as the top trim level of the 1952 Ford range, above the intermediate-level Customline and base level Mainline. It was offered in Victoria, Sunliner and Ranch Wagon versions with 2-door hardtop, 2-door convertible and 4-door station wagon body styles respectively. Crestlines were offered only with a 239 CID "flathead" V8 engine. For 1954 the Crestline was again updated with minor styling and trim changes. Fordor Sedan and Skyliner versions were added, the latter being a 2-door hardtop with a tinted transparent panel in the front section of the roof. New 223 CID straight-six and 239 CID overhead valve V8 engines were offered. The Crestline was replaced by the Ford Fairlane in the 1955 Ford range. To see over 80 photos of this car, including under carriage please visit our website 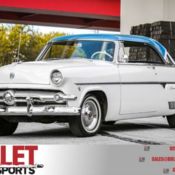 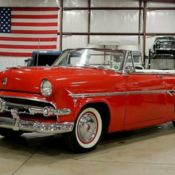 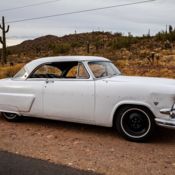 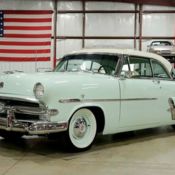 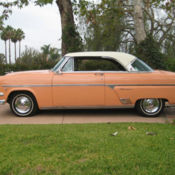 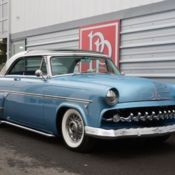 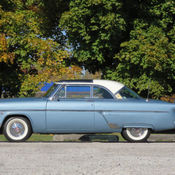 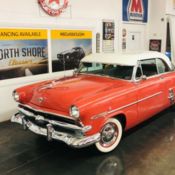 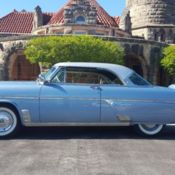 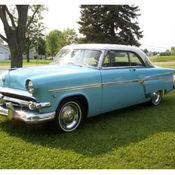