The Ford F250 was known for reliability and ruggedness and was an integral part of American history. Their timeless design, style and utilitarian nature make them useful classics to own and care for and they represent the American dream for many as they were used by many businesses and workers at a time considered great by many. The fifth generation of the Ford F-Series is a line of pickup trucks and commercial trucks that were produced by Ford from 1966...Â to 1972. Built on the same platform as the fourth generation F-series trucks, the fifth generation had sharper styling lines, a larger cab and greenhouse, and expanded engine options. Three trim levels were available during the production of the fifth generation F-series, though the names were changed in 1970. The "Base" trim became the "Custom" and the "Custom Cab" became the "Sport Custom" joining "Ranger" as optional levels of equipment and trim. Late in production the Ranger trim level was upgraded with the additional "Ranger XLT" option. GR Auto Gallery is pleased to present this 1966 Ford F250 style side pickup for your consideration. The truck is a very solid example and is powered by a 352 v8 paired with a column shift automatic transmission. Highlights include power brakes, 8 food bed, chrome front bumper, tow miriors, 16 inch factory steel wheels with correct hubcaps and beauty rings, AM radio, bench seat, Michelin tires and more. The paint shows well for itself and the interior is very neat and tidy. This is a great driving truck and handles exceptionally well down the road. Call or email today for more information! To see over 80 photos of this car, including under carriage please visit our website 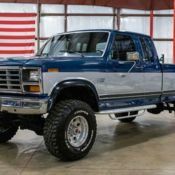 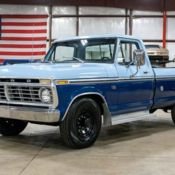 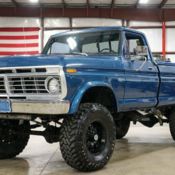 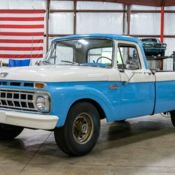 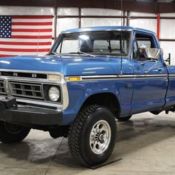 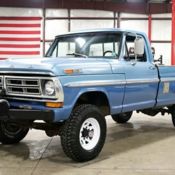 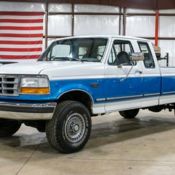 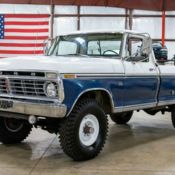 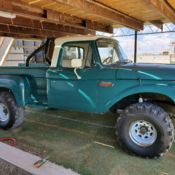 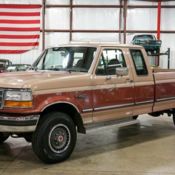