1955 Ford T-Bird Attention T-Bird Collectors!New - New - NewONLY 700 Miles Since 100% full Nut-N-Bolt 6 year Restorationthat Began on anall Original California Bird in 2008 and Completed in 2014! Goldenrod Yellow over Stunning Black / Yellow Interiorwith Black Soft Topand of Course a Matching Yellow Hardtop.292ci V8 Ford power fully rebuilt Excellent Everything!Chrome, Stainless, Vinyl, Gauges, Carpeting, Moldings, Weather stripping, Wire Wheels, and On and On;;;.... :)Concours Quality Restoration Compliments this Bird in Everyway.There aren't many vehicles even if stated that you could eat off the undercarriage that you would,,,I would on this one!Incredibly clean, detailed, and literally NEW!Investment Grade First Year and First Generation T-Bird!Ford's most exciting news for 1955 was the introduction of the 2-passenger Thunderbird! The new V-8 powered bird was introduced as a sporty competitor to the Vet, but included a full line of luxury options and based on a full-sized Ford. The first year Ford exceeded its projected sales for the T-bird with 16,155 produced. Introductory retail price was $2,695, just $5 less than the 1955 Corvette. Over 5,000 names were considered for the all new Thunderbird, including Hep Cat, Beaver, Runabout and El Tigre. Alden Giberson, a Ford stylist submitted the name Thunderbird based on the legend from the Southwest. The first Thunderbird rolled off the line on September 9, 1954 and was announced as the new sports car by Ford on September 23 and went on sale on October 22nd of the same year.The public responded well to the Thunderbird by placing more than 3,500 orders in the first 10-day selling period. The media responded as well, Motor Trend named the Thunderbird as one of the six best looking cars of 1955 in its September issue. 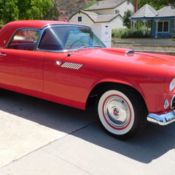 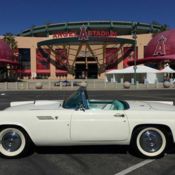 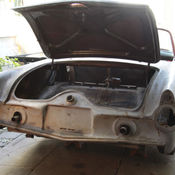 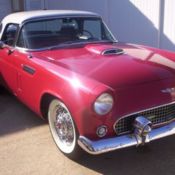 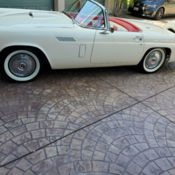 1956 FORD T BIRD FULLY RESTORED CLASSIC STUNNING INSIDE AND OUT BEST IN SHOW! 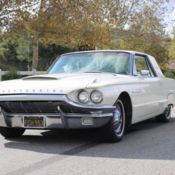 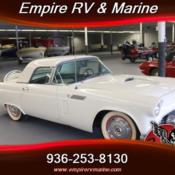 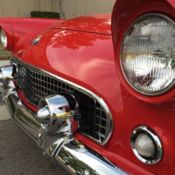 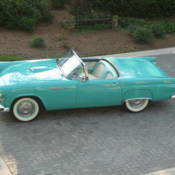 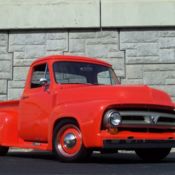