1974 Ford Gran Torino Sport. This car is an original example with 4430 miles on it. This car has had several owners but has always been garage kept and covered. I have owned it for the last 12 years . It had 3425 when I got it . What is not original to the car is the belts, hoses, fluids, filters, battery, thermosta, clamp, and the current brand new Ansen Sprint wheels and Goodrich tires. However the original white letter H-70tires with about 1600 miles on the, nouneven wea, on steel 14" wheels and theturbine wheel covers, along with the matching spareare included in the sale . The tubing to the heater core has been removed (replaced with hose) but that too is included in the sale. I have a Marti report that states it is one of 532 with the 460. It was ordered nicely optioned with buckets, console, chrome t handle floor shift, auto tran, 8track.,traction lock rear en, and full instrument dash. The car is in exceptional conditio, it sat for 20 years with under 1000 miles on i, Then sold in an estate salein 1994. So it has never reallybeen used as a driver . The follow is what I have observed. The factory applied single stage metallic blue paint and factory dual pin stripesshows as good as new except for a couple pencil lead sized spots on the right front fender, (some bozo wrench) . Back in the day at about 600 miles ( I have the paperwork somewhere) the first owner had the car undercoated by Z Bart, their70s yellow plugs are in the door jams .I thought that was probably the worst thing to happen to i, but sitting for years on a cement floor. it may have been a good thing. the underside is rust fre, black. The factory dualexhaust shines completewith resonators.The right fender extension is a little misshape, (factory)I have seen this on other cars.( look at photo)There is two small barely noticeable scratches on the grill trim.(cannot be seen unless you are right on top of it)The interior is perfect exceptthe blue dye on the corners ofconsole armrest/ cover is a little uneven, probablyright from factory. There is a couple rustyparts under hood .Other than that this car is like brand new 7, also included is the carspaper work & Owners manual which states the break-in period is for the first 5,000 miles. The carhasn't gone that far .No warranty expressed or implied.As is Where is. Serious bidders only . Details or questions, e-mail, or call me, Alan @2o7 -six55- 222three . 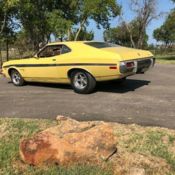 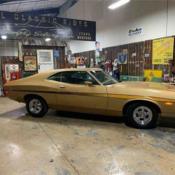 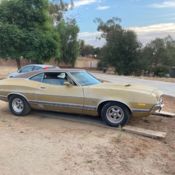 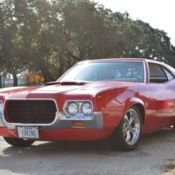 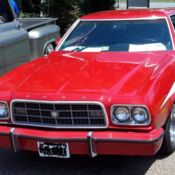 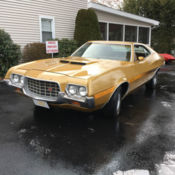 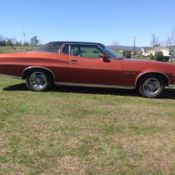 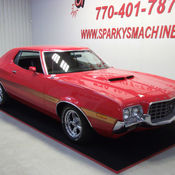 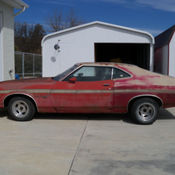